Volvo Cars today reported sales of 49,904 cars in June, down 26.9 per cent compared to the same month last year. Demand for the company’s cars remains robust, especially for its Recharge line-up of electrified cars.

Sales for June were impacted by the Covid-19-related lockdowns in China, which caused a shortage of certain components primarily affecting the production of fully electric and plug-in hybrid cars. Overall, Volvo Cars starts to see a marked improvement in its manufacturing situation, with the number of cars produced in June being the highest in the year. Volvo Cars anticipates, however, that the share of deliveries of fully electric and plug-in hybrid cars will continue to be impacted into the third quarter.

Nearly every third Volvo car (32.3 per cent) sold during the first half of 2022 was a fully electric or plug-in hybrid (Recharge).

European sales for June reached 16,039, down 44.1 per cent compared to the same month last year. Sales of Recharge cars accounted for 33.8 per cent of the total sales in the region during the month.

Volvo Cars’ US sales for the month reached 8,434 cars, down 31.2 per cent compared to June last year, with Recharge models making up 25.1 per cent of the total sales.

China sales declined by 1.3 per cent in June to 16,468 cars compared to the same month last year.

About Volvo Car Group
Volvo Cars was founded in 1927. Today, it is one of the most well-known and respected car brands in the world, with sales to customers in more than 100 countries. Volvo Cars is listed on the Nasdaq Stockholm exchange, where it is traded under the ticker “VOLCAR B”. 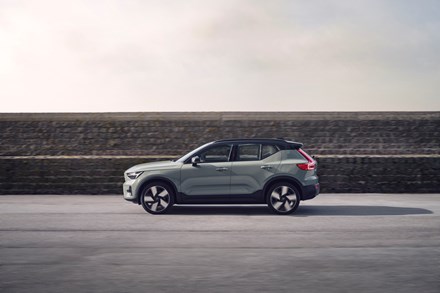