A captivating story in the night sky above the Eden Project is imploring leaders at the forthcoming UN Climate Change Conference (COP26) to Act Now to combat global warming.

The dramatic display is told from the viewpoint of a visiting alien and is created by nearly 300 drones soaring over the world-famous Biomes, conveying the compelling message that a good planet really is hard to find.

The drones dance together high above the vast bowl of the former china clay quarry creating the illusion of moving particles of matter.

In a breath-taking piece of celestial choreography, a small blue sphere appears as the Earth surrounded by orbiting stars.

Then the pattern transforms into a tree, a fish, a bird, and then a human, conveying the notion that all living things are connected in a dynamic dance, morphing and dependent on one another.

In a mesmeric closing scene the human, disconnected from the other life forms, breaks apart into hundreds of dots of light and transforms back into the Earth, as stars swirl around it. The galaxy of stars then come together one final time with a command from the alien: “Oi, Earthling! ACT NOW.”

The film is backed by a haunting melody by Sigur Rós and narration by broadcaster Gemma Cairney.

The Eden Project collaborated with acclaimed display company Celestial - whose cutting-edge drone fleet is currently the largest in the UK - and Volvo Car UK to create the stunning film and images just prior to COP26 opening in Glasgow.

More than 20 years after Eden first opened – transforming a derelict clay pit into a global must-see destination - the Cornwall-based environmental charity continues to “walk the talk” by developing projects nationally and internationally to increase biodiversity and fight climate change.

David Harland, Chief Executive of Eden Project International, said: “With our new film we’ve chosen a dramatic way to convey to world leaders that they must Act Now. To back this up, we’ll continue to do everything in our powers to rebuild relationships between people and the natural world.

“From our first transformation of a former mine to a global garden through to the imminent arrival of deep geothermal power at Eden, for two decades we’ve aimed to inspire the widest possible audience into action, using creativity and culture, science and storytelling to engender change.”

David Harland added: “COP26 really must be the moment that words become real action and that everyone walks the talk.”

“World leaders must act to tackle the climate and nature crisis, to inspire and accelerate action critical to saving the planet. We hope this is the first of many collaborations with the Eden Project and Volvo Car UK, and heartfelt thanks to the entire team at Celestial for another outstanding piece of work.”

Kristian Elvefors, Managing Director, Volvo Car UK, said: “Volvo Car UK is proud to be working alongside the Eden Project and Celestial to raise awareness of the importance of immediate action, and this display captures this message in a powerful way.

“Planetary safety for all is a core value for Volvo Cars, and as a business we are addressing key issues such as reducing waste, energy consumption and tailpipe emissions across our entire supply and operations chain. We hope that this display educates and inspires people to take action in their daily lives.”

Eden has a strong presence at COP26 in the form of The Eden Project Pavilion located in the Blue Zone in the Scottish Exhibition Centre.

In September Volvo Car UK announced a new three-year partnership as the Official Automotive Partner of the Eden Project and the Eden Sessions music concerts, a deal brokered by AEG Global Partnerships.

Volvo Car UK has provided Eden with a fleet of the Volvo XC40 Recharge pure electric vehicles to support ongoing operations. By working together collaboratively, Volvo and the Eden Project hope to tackle some of the challenges and barriers consumers have around purchasing and driving electric cars and accelerate the uptake of zero emission vehicles.

Keywords:
Product News
Descriptions and facts in this press material relate to Volvo Car UK's car range. Described features might be optional. All information is correct at time of going to press and may be altered without prior notification.
To view the full copyright information click here
Related Images
Oct 28, 2021 ID: 289927 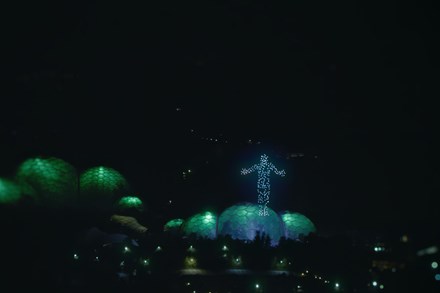 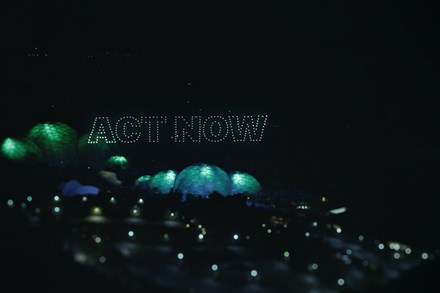