Volvo Cars’ global sales performance remained strong in February, after the company posted 29.1 per cent growth for the first two months of the year compared with the same period last year.

Total sales during the period amounted to 110,383 cars, as the US, Europe and China reported a growth in volumes. The sales increase was driven by an ongoing recovery from the Covid-19 pandemic in China compared to last year, a solid performance in the US market and increased sales in Sweden.

For the month of February, Volvo Cars sold a total of 50,795 cars, up 27.8 per cent compared with the same month last year, and the company’s best February sales performance ever.

In China, Volvo Cars sold 29,243 cars in the first two months of the year, up 160.6 per cent year-on-year, as the company managed to more than recover lost sales due to Covid-19 shutdowns last year.

US sales continued to grow year-on-year and reached 17,315 cars in January and February, up 23.7 per cent compared with the same period last year. The strong increase was led by the brand’s premium SUVs, which accounted for 80 per cent of total sales.

The company’s European sales grew 5.5 per cent in the first two months of 2021, to 48,784 cars, compared with the same period last year, driven mainly by increased sales in Sweden. 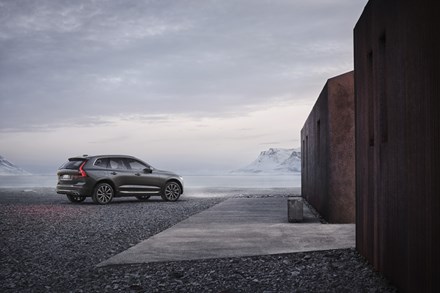