Volvo Cars maintained its sales momentum in August, with volumes up 7.2 per cent compared with the same period last year, as Europe, China and the US all reported increasing sales.

The company sold 51,239 cars during the month, and the volume growth was driven by continued strong demand for Volvo Cars’ award-winning SUV range.

In the first eight months of the year, Volvo Cars sold 383,492 cars, down 13.5 per cent compared to the same period last year.

Volvo Cars’ Recharge line-up of chargeable models, with a fully electric or plug-in hybrid powertrain, continued to be popular among customers. The share of Recharge models more than doubled in the first eight months of the year compared with the same period last year.

US sales in August continued to grow year-on-year during the month and reached 10,378 cars, up 12.9 per cent compared with the same month last year. In the first eight months of the year, US sales declined by 7.0 per cent, to 63,330 cars, compared to the same period last year.

In August, the XC60 mid-size SUV was the top-selling model for the company, followed by the XC40 compact SUV and the XC90 large SUV. During the month, SUVs accounted for 70.7 per cent of the company’s total sales, up from 63.6 per cent in the same month last year.

Online activities continued to show a positive trend in August, with increased demand for Volvo Cars’ subscription offer, Care by Volvo, in markets where the service is available.

Care by Volvo car subscriptions are available in the UK, Germany, the Netherlands, Norway and the US. 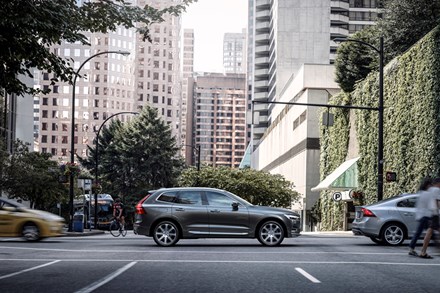