• Volvo Car UK partners with Durrell, the international conservational charity that was founded by author and naturalist Gerald Durrell

• Partnership includes a £100,000 donation, reflecting Volvo's wide-reaching commitment to protecting and improving the natural world, alongside its practical steps to de-carbonise its operations and become a climate-neutral business

• Durrell's 'Rewild our World' strategy aims to RECOVER threatened or missing wildlife; REVIVE and rebuild ecosystems and natural processes; RECONNECT people to the natural world and take RESPONSIBILITY for demonstrating the value of the natural world

• Funds will support three projects, including Durrell's 'Recover the Atlantic Forest' initiative, which aims to neutralise around 2,500 tonnes of greenhouse gas emissions

The natural world is in crisis and wildlife across the world is suffering from the impacts of climate change and intensive farming. Durrell's conservation expertise looks to rebuild ecosystems so they are more diverse and resilient, and therefore more efficient at capturing carbon.

Volvo is contributing to the planting of 17,000 trees in this lush rainforest that extends along the Atlantic coast and inland in southern Brazil, neutralising approximately 2,500 tonnes of greenhouse gas emissions. Planting these trees will create a wildlife corridor to connect isolated forest fragments and give threatened wildlife a chance to thrive again. This is vital to tackling climate change because forests that are rich in wildlife are more efficient at capturing carbon.

The donation will also help Durrell's first rewilding projects in the UK to return native species to parts of Britain where they have been absent for many years. It is working to reintroduce white storks to southern England for the first time in several centuries and also planning to reintroduce the European wildcat, one of Britain's rarest and most endangered mammals, to Wales.

The donation is another practical step by Volvo to help safeguard and improve our natural world, alongside its ambitious plans to de-carbonise both its products and its global operations, and ultimately become a climate-neutral business by 2040. The firm has already announced that by 2025 it aims not only to reduce the lifecycle carbon footprint per car by 40%, but also to reduce carbon emissions from both its supply chain and global manufacturing and logistics operations by 25%, and for half the cars it sells globally to be fully electric.

Established by author and conservationist Gerald Durrell in 1959, Durrell's overall aim is for more diverse, beautiful and resilient natural landscapes in which species can thrive and people can enjoy a deeper connection with nature. Its approach concentrates on the rewilding of animals, the rewilding of ecosystems and the rewilding of people.

Durrell Wildlife Conservation Trust is an international charity working to save species from extinction. Headquartered at Jersey Zoo in the Channel Islands, Durrell's vision is for a wilder, healthier more colourful world.

Volvo's new relationship with Durrell also includes a new documentary film, produced through the company's long-standing partnership with Sky Atlantic. The feature profiles the work of Professor Carl Jones MBE, the trust's Chief Scientist and declared disciple of Gerald Durrell. In 2016, Carl was awarded the prestigious Indianapolis Prize, the 'Nobel Prize' of the conservation world.

Professor Jones is credited with saving at least nine species from extinction and for inspiring many people around the world to take up and support the conservation cause. The film will be screened by Sky Atlantic at 22:10 on 20 January and is also available to view here: https://youtu.be/osqD69DtI2k

Durrell's Chief Executive Officer, Dr Lesley Dickie, said: "The crisis facing our beautiful planet is at tipping point and we need people to step up and take action. I hope that Volvo's laudable commitment to bring about change by reviewing and adapting its own environmental impact as well as supporting Durrell's conservation projects will inspire both individuals and businesses/organisations that they too can do something to have a positive impact on our environment.

"We have been delighted to work with Volvo and Sky Atlantic on this short film which tells the compelling story of our Chief Scientist, Carl Jones, a man who has probably saved more species from extinction than any other conservationist, and despite the odds being against him, has never given up."

Kristian Elvefors, Managing Director, Volvo Car UK, said: "Volvo protects what's important to people. As well as the road safety for which we're renowned, this also means investing in planetary safety. It is a privilege to be working with Durrell, an organisation with a fantastic global reputation and history of success. We are excited about the projects being launched in the UK and look forward to keeping up to date with their progress." 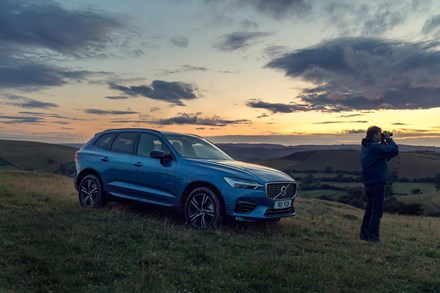 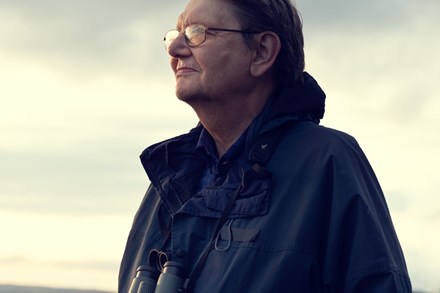