The new Polestar 2 enters the next important phase of its introduction – an ambitious roadshow in Polestar's six European launch markets that supports similar events in China and North America as part of the Polestar 2 world tour.

Presenting the new Polestar 2 to key audiences in a uniquely Polestar way, the Polestar 2 roadshow will allow the public to view the exciting new electric performance fastback when it visits fifteen European cities between May and October 2019.

"Following the online reveal in February, this is the chance for our customers and fans in Europe to get up close and personal with Polestar 2 for the first time in their home markets," comments Thomas Ingenlath, Chief Executive Officer of Polestar.

The Polestar 2 roadshow begins in Sweden in May, followed by the Netherlands and Belgium in June. The United Kingdom plays host in July, leading to Germany from August into September. Norway is the final destination in October where the tour will also incorporate the opening of the first Polestar Space retail environment in Oslo.

Exact dates and locations for the Polestar 2 roadshow will be listed at Polestar.com. The tour starts in Gothenburg, Sweden, from 22-24 May, before moving to Stockholm from 30 May to 02 June.

Polestar launched in 2017 with the Polestar 1 – a low-volume Electric Performance Hybrid GT with 600 hp, 1,000 Nm and an electric-only range of 150 km – the longest of any hybrid car in the world. In 2019, the Polestar 2 was revealed as the company's first full electric, higher volume premium car designed to compete around the Tesla Model 3. In the future, Polestar 3 will join the portfolio as a fully electric performance SUV.

Keywords:
Product News
Descriptions and facts in this press material relate to Volvo Car UK's car range. Described features might be optional. All information is correct at time of going to press and may be altered without prior notification.
To view the full copyright information click here
Related Images
May 14, 2019 ID: 252517 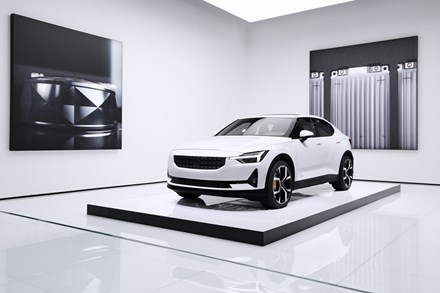