• Latest titles reaffirm the XC40's immense public appeal, being determined by the millions of readers of the HonestJohn.co.uk consumer motoring website

The hugely positive public response to the new Volvo XC40 has delivered two further awards to add to its growing haul of honours – now standing at 15 major trophies since it was launched in February 2018. Last night, the stylish compact SUV carried off both the Premium Crossover and Car of the Year titles in the Honest John Awards 2019, thanks entirely to the huge interest shown in the car by visitors to the HonestJohn.co.uk consumer motoring website.

The XC40's popularity is also demonstrated in its impressive sales, with the model firmly established as the top performer in Volvo's unprecedented UK growth during the first quarter of this year (up 39 per cent on 2018's figures). Since its launch, it has already amassed more than 12,000 sales in the UK, an achievement reflected around the globe where the total has surpassed 115,000 units.

This runaway success is rooted in the XC40's winning combination of cool contemporary design inside and out, cutting-edge technologies for on-board entertainment and connectivity, exceptional safety provisions, and a practical, versatile and comfortable interior. The line-up includes a wide range of equipment grades and efficient, responsive petrol and diesel powertrains, with the choice of manual or automatic transmissions and front- or all-wheel-drive layouts.

Honest John said that, as the Premium Crossover of the Year, the XC40 "had made this category its own in 2019," adding: "No other model has come close to matching the XC40's popularity at HonestJohn.co.uk, and it is easy to see why our readers hold this upmarket crossover in such high regard.

"We were mightily impressed with the XC40 when it was first launched, but even we couldn't predict just how popular it would be, ultimately being crowned Honest John Car of the Year for 2019. Well built, stylish and refreshingly different from the usual crossovers, the XC40 is a car we have found ourselves repeatedly recommending to readers over the past 12 months."

Jon Wakefield, Volvo Car UK Managing Director, said: "It is hugely rewarding to see the XC40 not just winning awards, but winning in the showroom, too. It has struck an immediate chord with motorists and become the benchmark our competitors are judged against. These two Honest John awards reflect the popular enthusiasm for the XC40, a car that epitomises the style, desirability, quality and sheer all-round capability that we are bringing to our entire, comprehensively renewed, model range."

For more information on the Volvo XC40, and to use the online car configurator, please go to www.volvocars.com/uk/car-configurator/suv/xc40

Keywords:
XC40, 2019, Product News
Descriptions and facts in this press material relate to Volvo Car UK's car range. Described features might be optional. All information is correct at time of going to press and may be altered without prior notification.
To view the full copyright information click here
Media Contacts
Related Images
Apr 10, 2018 ID: 227214 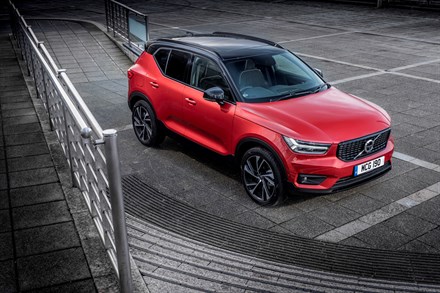 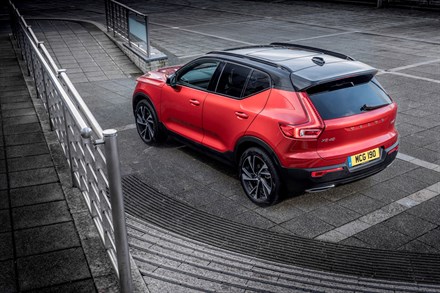