Double honours for Volvo in 2019 What Car? Awards

Volvo has maintained its winning ways into the New Year, following a record-breaking honours haul in 2018 with two successes in the 2019 What Car? Awards. The XC40 has retained the Family SUV of the Year title it secured on its debut in 2018, while the XC90 T8 Twin Engine's Plug-in Car of the Year success has given Volvo's electrified powertrain technology an emphatic seal of approval.

Announced at a ceremony in London on Tuesday evening, the What Car? Awards are among the most prestigious and best-respected in the UK.

Steve Huntingford, What Car? Editor, praised the XC40 – What Car?'s overall Car of the Year in 2018 – for having become an even more attractive proposition. He said: "Last year's Car of the Year retains its position as the very best family SUV you can buy. It's as plush as it is practical, and the engines that have been added to the line-up in the last 12 months only add to its appeal."

He had equally high praise for the XC90 T8 Twin Engine, commenting: "As well as delivering low running costs, this plug-in hybrid version of the XC90 is the quickest model in the line-up, showing what a brilliant all-rounder it is. And unlike its rivals, Volvo has managed to retain seven seats, so going green doesn't require you to compromise on practicality."

In What Car?'s five-star review of the XC40 premium compact SUV, the model is commended for its "stylish and high-quality interior", its "supple ride" and "comprehensive safety kit". The version of the XC40 selected for the award was the D3 R-Design, powered by Volvo's efficient 2.0-litre 150hp diesel engine.

The XC40 offers customers a wide choice of powertrains, the range embracing three petrol and two diesel units, with outputs up to 247hp, manual and automatic transmissions, and front- or all-wheel drive. Every model also comes with Drive Mode settings, so you can tailor the car's dynamic performance to suit your preference or the road conditions. Volvo's pioneering Pilot Assist driver-support system is available, which works in conjunction with the adaptive cruise control to keep the car correctly positioned in its traffic lane, moving at the right speed and maintaining a safe distance from any vehicle ahead.

In its review of the Volvo XC90, What Car? flags the petrol-electric T8 Twin Engine as the best pick in the range for company car drivers, given the exceptionally low CO2 emissions (from 56g/km) and modest benefit-in-kind tax rating that its plug-in hybrid powertrain can deliver. The technology is a best-of-both-worlds package in which a 303hp petrol engine and an 87hp electric motor work seamlessly together or individually according to your wishes or the road conditions. You can select Pure mode to prioritise all-electric operation and lower consumption, adjusting the responsiveness of the engine, brakes, accelerator and gearbox, or Power mode when you want maximum performance from your car. The system can also work to maximise traction and vehicle control when driving off-road.

Jon Wakefield, Volvo Car UK Managing Director, said: "The XC40 could not have enjoyed a more successful entry into the UK market last year, and we are proud and honoured that What Car? still considers it to be the best family SUV you can buy. As a standard-bearer for our advances in design, technology and desirability, it continues to play a key role in developing the strength of our brand and our UK sales success.

"Where the XC90 T8 Twin Engine is concerned, we want customers to enjoy the environmental and performance benefits of an electrified plug-in hybrid system without sacrificing any of the quality or practicality they require from a large SUV. The What Car? award again signals that we are succeeding in this mission."

For more information on the Volvo XC40 and XC90 ranges, and to use the online configurator, please go to www.volvocars.com/uk

Keywords:
Product News
Descriptions and facts in this press material relate to Volvo Car UK's car range. Described features might be optional. All information is correct at time of going to press and may be altered without prior notification.
To view the full copyright information click here
Media Contacts
Related Images
Aug 20, 2018 ID: 236332 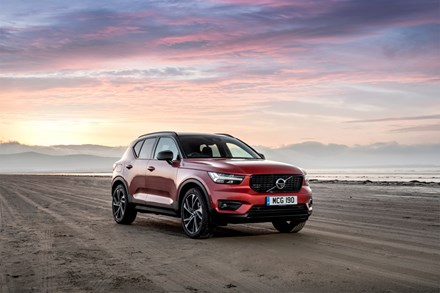 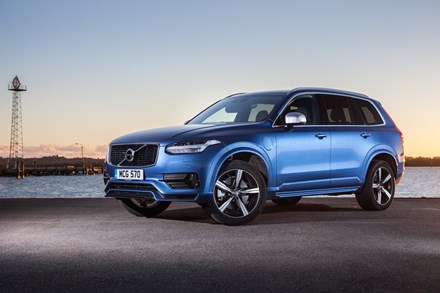