• Praised by the judges for its all-round quality and ability

The Volvo XC40 compact premium SUV has continued its exceptional run of awards success, being crowned Sensible SUV of the Year in the 2018 BBC TopGear Magazine Awards.

As part of the judging process, TopGear Magazine described the XC40 as "excellent" and a "considered, thoughtful, effective machine".

In its earlier review of the XC40, the magazine declared that "Volvo has made something distinctive", making the point that "the values of an SUV correspond with many of the values of Volvo". TopGear praised the XC40's "comfy drive", its "sense of all-weather security" and the "extremely well-organised and practical cabin".

Jon Wakefield, Volvo Car UK Managing Director, said: "Our entry into the fiercely competitive compact premium SUV market has proved an exceptional success, with the XC40 earning widespread praise from critics and customers alike. It might be the smallest SUV in our line-up, but it encapsulates everything we're aiming to deliver as a brand in terms of striking, modern design, effective, intelligent use of new technologies, along with innovative engineering and unparalleled safety."

The XC40's impressive honours list already includes the 2018 European Car of the Year title, and the model achieved the maximum five-star rating when it was subjected to the more rigorous 2018 assessment by the independent vehicle safety organisation Euro NCAP.

Launched in September 2017, the XC40 is designed primarily for urban life, but is equally capable out on the open road in all weathers, especially those versions with all-wheel drive. Public response to the car has been unprecedented, with the model achieving the highest rate of launch sales yet for a new Volvo in the UK. Its appeal has been increased with the addition of Volvo's new and highly efficient 156hp T3 three-cylinder petrol engine and the 190hp T4 petrol and 150hp D3 diesel units to the range.

The grade line-up has also been extended to provide customers with a full choice of distinctive Momentum, dynamic R-Design and luxurious Inscription models, each available in even better equipped 'Pro' form. Across the board, the specification includes features such as Sensus Navigation with nine-inch touchscreen and voice control, the Volvo On Call connected services platform, automatic LED headlights with active high beam, a 12.3-inch TFT driver's information display, selectable Drive Mode settings and City Safety functions that recognise and help avoid many common accident risks.

For more information on the Volvo XC40, and to use the online configurator, please go to www.volvocars.com/uk/cars/new-models/xc40

Keywords:
2018, XC40, Product News
Descriptions and facts in this press material relate to Volvo Car UK's car range. Described features might be optional. All information is correct at time of going to press and may be altered without prior notification.
To view the full copyright information click here
Media Contacts
Related Images
Oct 06, 2018 ID: 239175 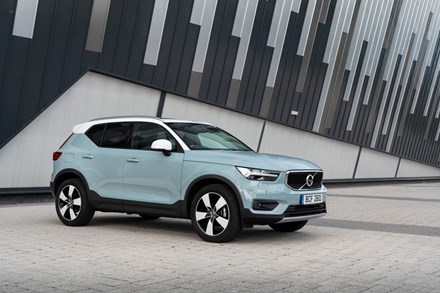 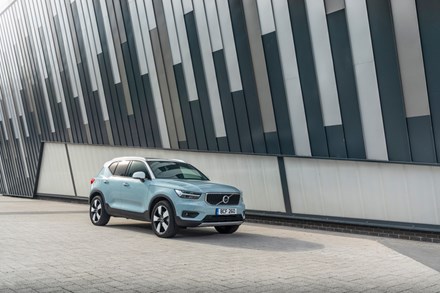