Volvo Cars, the premium car maker, today revealed the new Cross Country version of its V60 mid-size estate. The rugged V60 Cross Country is the latest addition to the company's line-up of brand-new Volvos that underpins the company's transformation in recent years.

Like its V60 sibling that was launched earlier this year on the driveway of a Stockholm villa, the V60 Cross Country personifies the versatile Swedish family estate. To that profile, it adds the capability on and off the beaten track that has defined Volvo's Cross Country range since its introduction in 1997, taking the V60 from the suburb to the skogen (Swedish for forest).

"With the new V60 Cross Country, we take our Swedish family estate from one natural habitat to another," said Håkan Samuelsson, President and Chief Executive of Volvo Cars. "We invented the Cross Country segment over 20 years ago, and with this car we reinforce our long-standing pedigree in safe, capable and versatile family cars."

Ground clearance for the V60 Cross Country is up to 75mm higher than the regular V60, thanks to the specially developed Cross Country chassis and suspension that enhance the car's off-road capability. All-wheel drive is standard on the new V60 Cross Country, as are Hill Descent Control, Electronic Stability Control, Corner Traction Control and a special Off-Road driving mode.

The new V60 Cross Country is also available through Care by Volvo, Volvo Cars' premium service that offers car access rather than ownership via a fixed monthly amount.

"The V60 Cross Country is every bit as refined as the other 60 and 90 series cars based on our SPA platform," said Henrik Green, Senior Vice President of Research and Development at Volvo Cars. "The added versatility makes it at home in town and country, thanks to a higher seating position, increased ground clearance and dynamic all-wheel-drive capabilities."

Volvo Cars' award-winning City Safety with Autobrake is fitted as standard and assists the driver in avoiding potential collisions. It is the only system on the market to help recognise pedestrians, cyclists and large animals.

The Pilot Assist system supports the driver with steering, acceleration and braking on well-marked roads up to 80mph. Run-off Road Mitigation, Oncoming Lane Mitigation and other steering assistance systems are standard. The optional Cross Traffic Alert with autobrake further enhances safety. These and other proven safety technologies make the new V60 Cross Country one of the safest cars on the road.

In the UK, the new V60 Cross Country will be available with a D4 AWD diesel engine. Mild hybrid and plug-in hybrid variants will follow at a later stage. Full pricing and specification details will be announced in due course.

About Volvo Car Group
Volvo has been in operation since 1927. Today, Volvo Cars is one of the most well-known and respected car brands in the world, with sales of 571,577 cars in 2017 in about 100 countries. Volvo Cars has been under the ownership of the Zhejiang Geely Holding (Geely Holding) of China since 2010. It formed part of the Swedish Volvo Group until 1999, when the company was bought by Ford Motor Company of the US. In 2010, Volvo Cars was acquired by Geely Holding. 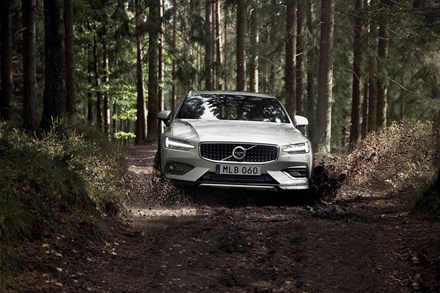 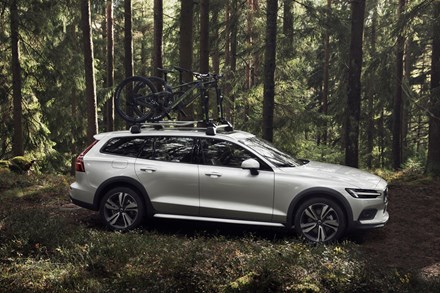 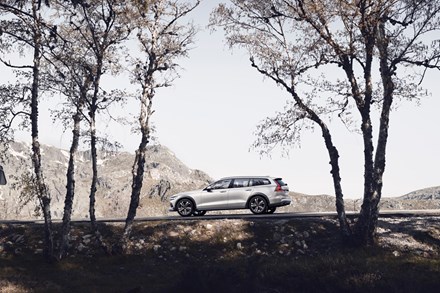 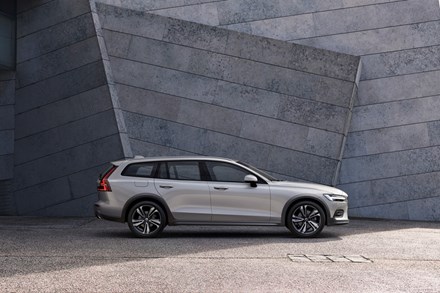