Volvo Cars, the premium car maker, this week joins the G7 Ocean Partnership Summit, one of the most important environmental summits in the world. Volvo Cars is the only car maker to be invited to the G7 summit, underlining the company's position as an industry leader in sustainability.

The summit in Halifax, Canada, brings together governments, businesses and NGOs. Volvo Cars will explicitly endorse and support the G7 Ocean Plastics Charter and will present its own sustainability programme in detail, including its recent Plastics Vision that aims to substantially increase the amount of recycled material used in new Volvo cars.

Earlier this year, the company announced that by 2025 it aims for at least 25 per cent of the plastics used in every newly launched Volvo car to be made from recycled material. To prove the viability of this ambition, Volvo Cars built a special version of the XC60 T8 plug-in hybrid to show that more recycled material can be incorporated in its cars without compromising on safety or quality. Early discussions with relevant suppliers around the plastics ambition have also generated positive responses.

The most recent edition of the Volvo Ocean Race sailing competition focused on the issue of ocean plastics pollution, too. This focus was reflected in funding by Volvo Cars for marine health research as part of the Ocean Race, as well as the dozens of successful beach-cleaning events around the globe, involving thousands of Volvo Cars employees.

Within the walls of its own offices and operations, Volvo Cars is also committed to reducing plastics pollution. The company is in the process of removing single-use plastics from all its offices, canteens and events across the globe by the end of 2019. Every year, the programme replaces more than 20 million single-use plastic items such as cups, food containers and cutlery with more sustainable alternatives, including biodegradable products made of paper, pulp and wood.

More widely, Volvo Cars is committed to reducing the environmental impact of both its products and operations. In 2017, the company announced an industry-leading commitment to electrify all new Volvo cars launched after 2019. This spring, Volvo Cars reinforced this strategy by stating that it aims for fully electric cars to make up 50 per cent of its global sales by the middle of the next decade. 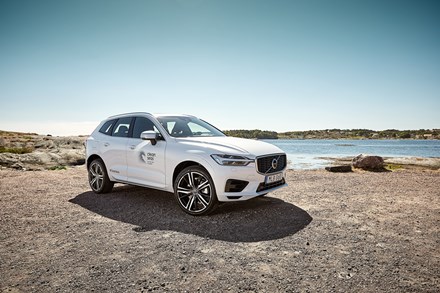 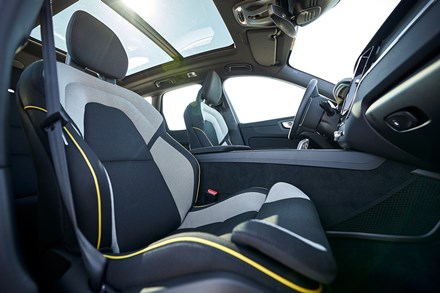