Volvo Cars has extended the contract of chief executive and president Håkan Samuelsson by another two years to 2022. The extension provides the company with management continuity as it continues to transform itself into a global and diversified mobility service provider.

“I have enjoyed leading this company tremendously so far and I look forward to continuing the transformation of our company,” said Håkan Samuelsson.

Since Mr Samuelsson became CEO in October 2012, Volvo Cars has undergone a complete transformation. This has established the company as a strong competitor in the premium segment with a completely new range of premium models based on in-house developed platform, powertrain, safety and infotainment technologies.

Several years of record sales and profits, as well as numerous prestigious awards and recognitions for its cars and technologies, confirm that the company’s strategy works and that Volvo Cars is now on a firmer footing than it has ever been in its history.

In the coming years, Mr Samuelsson and Volvo Cars seek to continue this upward trajectory by capitalising on and leading the disruption currently underway in the industry. This ambition is reflected in a new set of longer term ambitions that Volvo Cars announced earlier this year, which focus on establishing a leading position in electrification, autonomous drive and new models of car ownership and access.

Under the umbrella of its new company mission Freedom to Move, Volvo Cars aims to offer a wide range of additional safe, personal and sustainable mobility services rather than merely selling cars to end consumers. By the middle of the next decade it expects to generate half of all annual sales from fully electric cars, while one-third of all cars are expected to be autonomous. It also aims to offer half of all cars to customers via subscription.

Volvo Cars anticipates this approach will transform its connection to its customer base and help it establish over 5 million direct consumer relationships by the middle of next decade. This will also offer the company far greater potential to develop connected and other services around the car to its customers.

These ambitions will be instrumental in further establishing our group structure, which comprise Volvo Cars and related businesses, such as its car subscription service Care by Volvo, its new mobility company M, its electric performance arm Polestar as well as sizeable stakes in new Chinese car brand LYNK & CO and autonomous software company Zenuity.

Synergies and shared development costs with these and other affiliated companies are expected to further boost the company’s financial performance and help to generate premium level profitability.

“The industry is changing and so are the expectations of our customers. We need and want to answer those demands,” said Mr. Samuelsson. “Our course for the coming years is to turn our disruptive ambitions into a concrete reality. Our transformation is not over and in the Volvo story there is a lot more to come.” 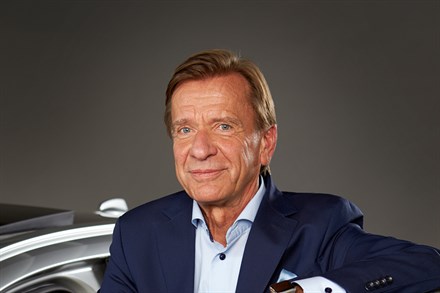