The pairs are Hannah Mills MBE and Eilidh McIntyre, crew and helm respectively in the women's 470 class, and Luke Patience and Chris Grube, teamed in the men's 470.

Cardiff-born Hannah Mills won Olympic gold in the women's 470 class at Rio 2016 and was honoured with the Female World Sailor title in the same year. She represents the strength in depth of British sailing, having progressed from being the first Briton to be crowned Optimist Girls' World Champion to partnering Saskia Clark to claim the 470 World Champion title in 2012, Olympic silver at London 2012 and Olympic gold at Rio 2016.

Hannah's goal now is to achieve gold at Tokyo 2020, a feat which would make her the world's most successful female Olympic sailor. She is joined in her mission by Eilidh McIntyre, a 23-year old from Hayling Island in Hampshire. Eilidh has a strong family pedigree, her father Michael being the gold medal winner in the Star Class in the 1988 Olympic Games in Seoul.

Luke Patience, born and raised in Helensburgh, Scotland, has been sailing since childhood, making his competition debut in the 470 Olympic class in 2004. Teamed with Stuart Bithell at London 2012, he narrowly missed out on gold in the 470 medal race. In the lead up to Rio 2016, he and new partner Elliott Willis enjoyed competition success, before health issues forced Elliott to withdraw. Luke then teamed up with Chris Grube, with whom he'd previously sailed in junior competition.

Chris "Twiggy" Grube, from Chester, first developed his love of sailing as a youngster at Bala Sailing Club in Wales. He just missed out on securing the 470 Class boat for London 2012, partnering Olympic silver medallist Nick Rogers. Rio 2016 marked his Olympic debut, sailing with Luke.

Jon Wakefield, Managing Director of Volvo Car UK, said: "These new brand ambassadors represent the very best in British sailing and sportsmanship, and we are delighted to be supporting them in their vital preparations for Tokyo 2020.

"Volvo has a long and proud record of supporting sailing at all levels, from starter activities for youngsters to the highest levels of international competition. We hope our new ambassadors will help us continue to inspire new generations of sailors to enjoy the sport and emulate their success."

Since 1999, Volvo has supported sailing from grassroots, through youth development, up to professionally competitive athletes at the pinnacle of their sport. Hannah Mills is the perfect example, having started sailing in the Optimist class – which is also sponsored by Volvo – and progressing up the ranks to become an Olympic gold medal winner. Collectively known as Team Volvo, this inspirational group of individuals represents the very best of British sailing talent, and includes award-winning athletes, Volvo Ocean Race winners, multiple World Champions and Olympians.

Team Volvo also currently includes Ian Walker, double Olympic silver medallist and a previous winner of the 'Everest of Sailing', the Volvo Ocean Race, and Helena Lucas MBE, Britain's most successful sailing Paralympian, the winner of a gold medal at London 2012 and bronze at Rio 2016. 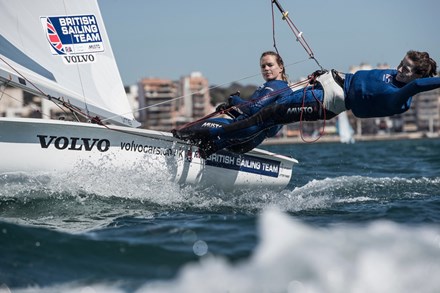 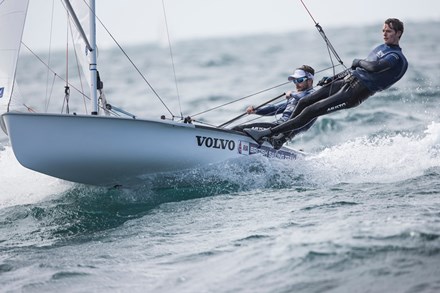