The Polestar 1 has debuted at Auto China 2018 in Beijing, marking the return of Polestar to China. Following its media launch in Shanghai in October 2017, and recent European launch at the Geneva Motor Show, this is the first time the Chinese public has the chance to see the Polestar 1, the first car from the new electric performance brand, Polestar.

"After our public introduction at the Geneva Motor Show in March, we are excited to be back in China – one of the key markets for the Polestar brand," says Thomas Ingenlath, Chief Executive Officer at Polestar. "It feels great to bring the Polestar brand and the Polestar 1 closer to the public here in Beijing."

Pricing for the Polestar 1 has now been confirmed as 1.45 million RMB in China, 155,000 Euros in Europe and $155,000 in the United States, giving customers a clear understanding of where the Polestar 1 sits in the marketplace. Details of Polestar's all-inclusive subscription pricing will be confirmed at a later date.

In March, pre-orders for the Polestar 1 were opened to more than 7,000 people in 18 countries who had expressed interest in owning a Polestar 1, enabling them to pay a deposit as a placeholder in the queue for the car.

"We have seen a strong initial response from our first customers," continues Thomas Ingenlath. "This gives us confidence that our brand has a bright future. In 2019 already we will launch our next car, the Polestar 2 – a mid-sized fully-electric car which is well developed in its engineering phase. We will follow that up with the Polestar 3, a stunning electric SUV with a beautiful aerodynamic silhouette that is already advanced in its design phase."

Another key development in Polestar's global growth was the appointment of August Wu as the new President of Polestar China in March.

"I am delighted to be part of this exciting electrification journey with Polestar as we become an important force in the automotive industry's evolution in China," says August Wu.

"We recognise the Chinese market's potential for electric vehicles, and Polestar has the strength to take advantage of these opportunities. We are committed to China, where we already have a significant footprint, and we are excited to be a brand that can raise the awareness and appeal of electric performance vehicles."

Polestar began building strong momentum immediately after its launch last October, which was closely followed by the start of construction at the new Polestar Production Centre in Chengdu, China. The dedicated facility now has a completed roof structure and is on track towards tooling installation and pre-production testing by the end of 2018. The Polestar Production Centre will build all Polestar 1 cars for customers around the globe.

August Wu will lead the development of Polestar in China with a focus on the new Polestar retail network – called Polestar Spaces – where customers will enjoy a personal brand experience without the typical sales approach found in traditional car dealerships. However, retail functions such as placing an order will be digital, as Polestar also redefines the way customers live and interact with their cars.

"Polestar engagement will be digital and our cars will be offered primarily on a subscription basis. With one monthly payment covering all of the traditional costs associated with car ownership, we enable the customer to focus on the enjoyment of driving. We believe that this will help Polestar form a new relationship between ourselves and our customers," concludes August Wu.

The Polestar 1 is an electric performance hybrid GT, which produces 600hp and 1,000Nm of torque, as well as 150km of pure-electric driving range – the longest of any hybrid car in the world.

For images and other media information, visit media.polestar.com

Polestar is the new electric performance brand from the Volvo Car Group. Polestar will enjoy specific technological and engineering synergies with Volvo Cars and benefit from significant economies of scale as a result of its connection to Volvo Cars. These synergies enable the design, development and production of separately branded, high-performance electrified cars.

Polestar begins this new era with the Polestar 1 – a low-volume electric performance hybrid GT coupé with 600hp, 1000Nm and an electric-only range of 150km, the longest of any hybrid car in the world. In the future, the Polestar 2 and Polestar 3 will join the portfolio as full battery-electric, higher-volume, driver-focused vehicles. 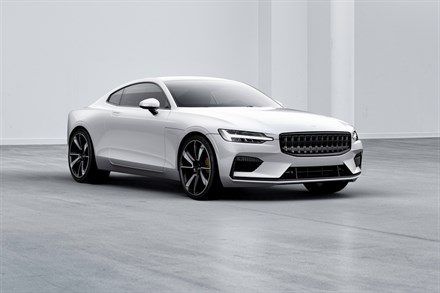 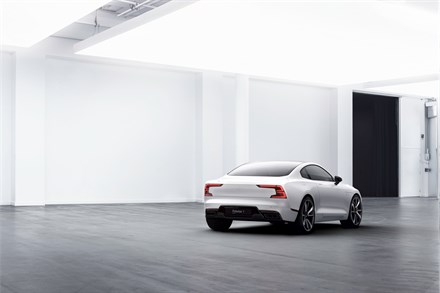