Volvo Cars, the premium car maker, is off to a good start in 2018 after reporting a global year-on-year sales increase of 22.4 per cent in January, growing in all its main markets.

Total sales for the month amounted to 43,439 cars, compared with 35,475 cars a year earlier. Sales of the new XC60 as well as its siblings in the 90 series were the main drivers of growth.

Sales increased by a very strong 38.0 per cent in China to 11,537 cars in January compared to the year before. The increase comes on the back of the local start of production and sales of the new XC60 mid-size SUV. China also continued to see high demand for the locally produced S90 and S60 saloons.

In Europe, Volvo reported a robust 11.7 per cent sales increase year-on-year for the month of January following strong sales of the new XC60 and XC90 SUVs as well as the V90 estate.

The US market also started the new year strong, with a year-on-year sales increase in January of 60.5 per cent. The XC90, the S90 and the new XC60 were the main growth drivers in the market, with the all-new XC60 named North American Utility of the Year.

Keywords:
Corporate News, Product News
Descriptions and facts in this press material relate to Volvo Car UK's car range. Described features might be optional. All information is correct at time of going to press and may be altered without prior notification.
To view the full copyright information click here
Related Images
Sep 12, 2016 ID: 196474 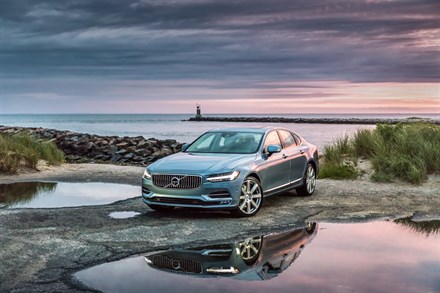