• Praised for its style, practicality, comfort and space

The Volvo XC60 has been voted Best Medium Crossover in the UK Car of the Year Awards 2018.

Launched in the summer of 2017, the new premium XC60 won praise from the judges for its style, comfort and versatility.

The UK Car of the Year Awards are judged by a panel of 27 motoring journalists, who write for influential titles such as The Sunday Times, The Independent, The Telegraph, Top Gear, Auto Express, CAR, HonestJohn.co.uk, Auto Trader and Motoring.co.uk.

Judge Matt Robinson said "Volvo shrinks the class-leading XC90 seven-seat SUV into the five-seat XC60 and comes up with another winner," while fellow panelist Al Suttie praised the XC60 for its "magnificent quality, comfort and space".

The XC60's quality interior was noted by several judges, with Debbie Wood calling it "hard to match... even for premium offerings". Tom Sharpe referred to the model as "the most stylish creation to date from the Swedish brand" in an "already very accomplished Volvo line-up".

Recently named as Europe's safest car in Euro NCAP crash tests, the XC60 comes with advanced technology such as City Safety with pedestrian, cyclist and large animal detection, fully automatic emergency braking and Steering Support, which helps you steer around an object in an emergency. Pilot Assist, a semi-autonomous driving aid that helps keep the car in its lane and at the desired speed on the motorway, is also available.

Volvo Car UK managing director Jon Wakefield said: "Winning an award decided by some of the automotive world's toughest judges is something to be extremely proud of. This award reflects the quality and desirability of our products, which helped us achieve our second-highest UK sales for a quarter of a century in 2017."

For more information on the Volvo XC60, and to use the online configurator, please go to www.volvocars.com/uk

Keywords:
2018, XC60, Product News
Descriptions and facts in this press material relate to Volvo Car UK's car range. Described features might be optional. All information is correct at time of going to press and may be altered without prior notification.
To view the full copyright information click here
Media Contacts
Related Images
Aug 29, 2017 ID: 212141 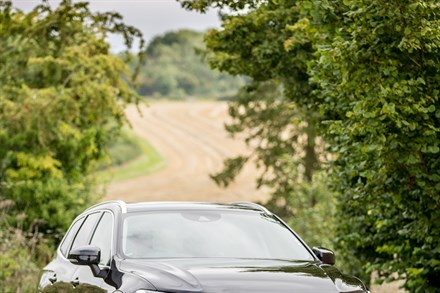 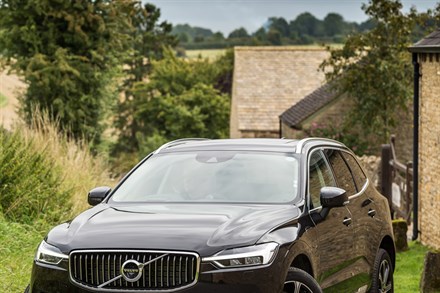