Volvo was named Car Technology Brand of the Year for the second year running, while the Volvo XC60 was awarded Best Safety Technology for its revolutionary Steering Support system, Best Sat-Nav for its Sensus Navigation, and Best Safest Car as a result of its remarkable Euro NCAP crash test result.

The Car Tech Awards celebrate the best in-car technology launched over the past 12 months, as voted for by the experts from buyer's guide Carbuyer and technology website Alphr.

Commenting on the awards, Stuart Milne, Editor of Carbuyer, said: "Volvo's success in the Car Tech Awards is remarkable. The company scooped Car Technology Brand of the Year for the second year in succession. Our judges were impressed by the way Volvo refuses to rest on its laurels, developing a series of products and philosophies that build on its Vision 2020, that no one will be killed or seriously injured in a new Volvo by 2020.

"These include its commitment to stop producing cars powered solely by petrol and diesel starting from 2019 – a scheme recognised by the United Nations – as well as the launch of an evasive steering system in its new XC60 and forging a close relationship with Google to develop better-connected cars. This is in addition to the continual and incremental improvement in new car technology that all customers can enjoy."

Every XC60 comes with Volvo's ground-breaking Steering Support technology as standard. This automatically provides steering assistance in an emergency to help avoid potential collisions. The judges were impressed, saying: "It should come as little surprise that a brand so closely associated with safety should take our Best Safety Technology award. The new Steering Support system is a development of the firm's City Safety system. In situations where braking alone won't avoid a collision, the XC60 is able to take charge of steering. With the system, Volvo claims a 45 per cent reduction in rear-end frontal crashes."

The XC60 was named Best Safest Car after its outstanding Euro NCAP crash test result, where it scored 98 per cent for adult occupant protection and 95 per cent for its safety assistance features.

The XC60's Sensus Navigation system – also fitted as standard to every model – was praised by the judges as well. "Its display is a model of clarity and uses the same stunning, efficient design the brand is fast becoming synonymous with. It's not style over substance, though. The large screen makes destinations easy to input, and efficient and accurate routes are displayed. The whole system is responsive, simple to use and sets a new benchmark."

Jon Wakefield, Managing Director of Volvo Car UK, said: "Winning such a wide range of Car Tech Awards highlights the breadth and quality of industry-leading technology in our cars. These innovative features are designed to make our customers' lives easier, safer and more enjoyable, and these awards prove that they do just that."

For more information on the Volvo range, and to use the new online configurator, please go to www.volvocars.com/uk

Keywords:
Product News
Descriptions and facts in this press material relate to Volvo Car UK's car range. Described features might be optional. All information is correct at time of going to press and may be altered without prior notification.
To view the full copyright information click here
Media Contacts
Related Images
Jul 17, 2017 ID: 210927 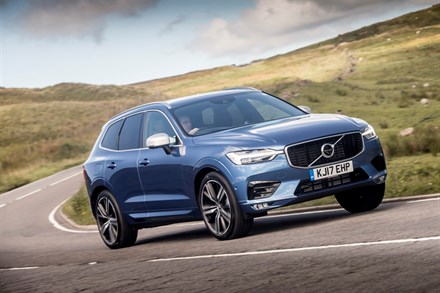 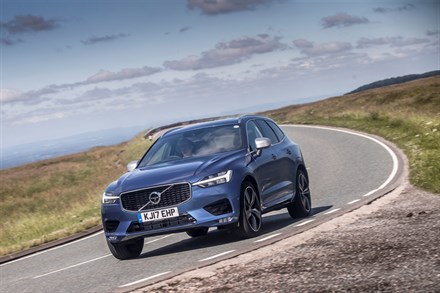