Mike joins Volvo building on a career that has seen him work in a number of key marketing and sales roles, including the recent position of International Director of Marketing for Harley-Davidson.

Volvo sold 46,696 cars in the UK in 2016 – its highest annual sales figure for 25 years – and is well on the way to hitting its target of selling 60,000 cars a year in the UK by 2020. Models such as the new XC60 and the recently announced XC40 compact SUV will be pivotal to this, and will attract a fresh, younger audience to the brand to go alongside Volvo's traditional loyal customer base.

Commenting on his appointment, Mike said: "I'm thrilled to be joining Volvo at such an exciting time for the company. With Volvo's incredible new range of premium cars – and with more desirable products just around the corner – now is the perfect time to help the company market these cars to a new, wider audience."

Jon Wakefield, Managing Director of Volvo Car UK, said: "Volvo is expanding rapidly in the UK, and we have the rare opportunity to introduce an entirely new product portfolio to an entirely new type of customer. Mike's expertise will be invaluable in achieving this, and I am delighted to have him on board." 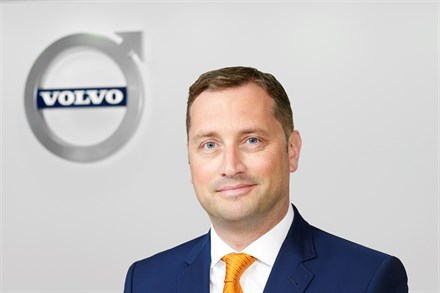