Fleet World names Volvo Cars as 'One to Watch' in 2017

• Volvo Cars voted 'One to Watch' by top fleet magazine

Volvo Cars has been awarded the 'One to Watch' accolade at this year's Fleet World Honours.

The award, which the title presents to a manufacturer or product 'on the verge of great things', is an endorsement of Volvo's transformation strategy which is set to see the company establish itself as a leader in autonomous drive, connectivity and electrification over the next few years. This is Volvo's second consecutive appearance on the annual winners' list, after the ground-breaking XC90 was crowned Best SUV in 2016.

The transformation of the Volvo brand has seen the successful recent launches of the XC90 premium SUV, S90 saloon and V90 estate, and with a host of new models to be released in the coming years, the firm's impact on the fleet sector will be significant. Its new Scalable Product Architecture (SPA) and Compact Modular Architecture (CMA) platforms have liberated the company to explore intelligent and diverse opportunities to set new benchmarks in terms of connectivity, safety and efficiency.

Commenting on the win for Volvo, the Fleet World judges said: "With the sublime new S90, V90 and XC90, and a line-up of new compact models now close to market, the future is looking promising for Volvo. And they're not just striking to look at, featuring cutting-edge safety and assistance technology, advanced connectivity and brilliant new petrol, diesel and hybrid drivetrains. All are foundations for a much stronger fleet presence."

Selwyn Cooper, Head of Business Sales, Volvo Car UK, commented: "Volvo Cars has set a new standard for itself, and still has an exciting journey ahead in its transformation as a brand.

"For this to be recognised by an influential publication such as Fleet World is an outstanding achievement for the company, and is further evidence of our commitment to designing and building new cars that make life simpler, safer and more cost-effective for business users."

The Fleet World Honours ceremony was held at the iconic Royal Automobile Club in Pall Mall, London, on Tuesday 21 February.

Keywords:
Safety, Technology, Awards, Connectivity, Powertrain
Descriptions and facts in this press material relate to Volvo Car UK's car range. Described features might be optional. All information is correct at time of going to press and may be altered without prior notification.
To view the full copyright information click here
Media Contacts
Related Images
Feb 03, 2017 ID: 204018 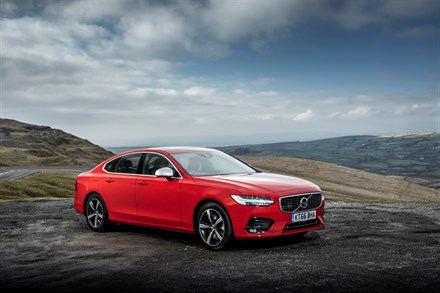 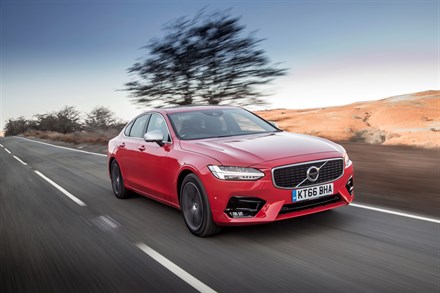