In conjunction with participation at the Brands Hatch round of the WTCC this weekend, Volvo Car UK and Polestar Racing AB have announced a new range of performance upgrades for Volvo road cars.

The performance upgrades will be made available on 1 August for the popular D5 185 PS engine fitted to the Volvo V70, XC70 and S801, while the XC90 will be available later this year. The engine control system upgrades offer a power increase of 20 horsepower to 205 PS, without affecting the car's fuel consumption in normal driving. After optimisation, the acceleration of the car improves on average by 0.5 seconds in both manual and Geartronic transmissions. Naturally, the car will also comply with the strict emissions regulations stipulated by EU legislation. Prices for the upgrade are £650 including VAT.

More importantly, all warranties from Volvo will apply. None of Polestar's power optimisation kits increase the car's top speed. As a result, standard brakes and tyres can be used.

The upgrades are being launched to coincide with the Volvo/Polestar Racing team's appearance in the World Touring Car Championship (WTCC) at Brands Hatch this weekend.

The team is currently lying in second place in the Swedish Touring Car Series with two ethanol-powered Volvo C30 DRIVe race cars. This weekend, drivers Robert Dahlgren and Tommy Rustad will travel to Brands Hatch to test their skills against the world's best touring car drivers, during a one-off appearance at the latest round of the WTCC.

Robert Dahlgren said: "It will be very interesting and fun to see where we are compared to Yvan Muller and Gabriele Tarquini that are now in the lead of the WTCC. I think we will have a good chance to deliver results."

"During the work to evolving our racing engines, we have developed the engine control system to achieve maximum power. We realised early on that we could offer this to all Volvo owners, and Volvo quickly showed an interest", says Christian Dahl, managing director of Polestar Racing AB.

* Technical data for Volvo V70 AWD, XC70 manual and S80 models can be found on the Polestar website - http://www.polestar.se/. Volvo XC90 technical data is not yet available.

1 The Performance upgrades are not available on the new D5 205 PS engine which has recently been introduced to the V70, XC70 and S80 ranges.

Keywords:
Technology
Descriptions and facts in this press material relate to Volvo Car UK's car range. Described features might be optional. All information is correct at time of going to press and may be altered without prior notification.
Related Images
Jul 09, 2009 ID: 20029 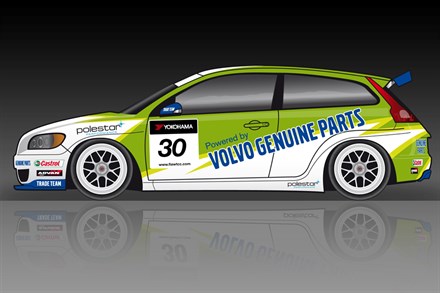