• Praised for its style, desirability, comfort and semi-autonomous drive technology

The Volvo V90 has been voted Best Estate in the UK Car of the Year Awards 2017.

The V90 won praise for its mixture of style, practicality and desirability, along with its Sensus touch screen control system and Pilot Assist semi-autonomous drive technology.

The UK Car of the Year Awards are chosen by a panel of 27 motoring journalists, who write for influential titles such as The Sunday Times, The Independent, The Telegraph, Top Gear, Auto Express, CAR and Esquire.

Nat Barnes, one of the judges, described the V90 as "simply gorgeous inside and out" and having "made the estate car desirable again", while fellow judge Nargess Shamanesh Banks said its "contemporary clean design reflects a confident new Volvo – here beautifully applied to an estate car".

The V90 is the third model – after the XC90 SUV and S90 premium saloon – to be based on Volvo's cutting-edge SPA platform. This structure is built to provide next-generation electrification and infotainment technology, along with world-class safety.

The V90 offers class-leading connectivity, including an advanced nine-inch touch screen and natural voice control system as standard. There's also the option of Smartphone Integration – which includes Apple CarPlay and Android Auto – and the exceptional Bowers & Wilkins sound system, which has 18 speakers and a sophisticated audio setting that mirrors the acoustics of the Gothenburg Concert Hall in Sweden.

Pilot Assist, Volvo's semi-autonomous drive technology that can take care of the steering, acceleration and braking up to 80 mph, is also standard on every V90, as are a host of labour-saving devices, such as a power-operated tailgate and keyless engine starting.

Such advanced technology continues under the bonnet. The D5 engine, for example, gets an ingenious Volvo-designed system called PowerPulse, which uses compressed air to give the powerful 2.0-litre engine the responsiveness of a much larger engine at low revs.

Commenting on the award, Jon Wakefield, Managing Director of Volvo Car UK, said: "Winning this prestigious title is a tremendous result for Volvo. The V90 is our most technologically advanced and sophisticated estate ever, and with an interior that's as stunning as it is practical, it sets the standard by which all other estates must now be judged – as confirmed by this award."

For more information on the Volvo V90, please go to www.volvocars.com/uk

Keywords:
Awards, 2017, V90
Descriptions and facts in this press material relate to Volvo Car UK's car range. Described features might be optional. All information is correct at time of going to press and may be altered without prior notification.
To view the full copyright information click here
Media Contacts
Related Images
Sep 02, 2016 ID: 195773 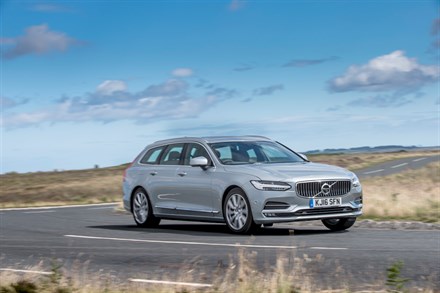 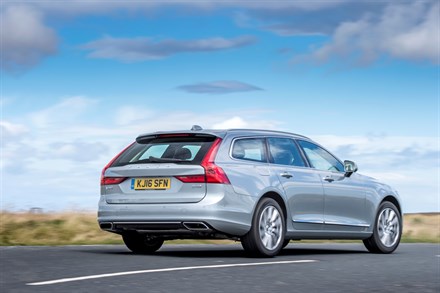