The Volvo V90 has been handed the prestigious title of Best Estate in this year’s TopGear Magazine Best Cars in the World awards.

In its review of the car, the magazine praised the V90’s “genuinely brilliant” styling, efficient engines, blend of handling and refinement, interior ambience, and intuitive connectivity.

The TopGear award is the latest in a growing list of accolades for Volvo’s 90 series cars, which also include the new S90 premium saloon and XC90 SUV. The latter has picked up more than 10 awards in the UK alone since its launch in 2015, while the V90 was awarded the overall Scottish Car of the Year title earlier this month.

Commenting on the award, TopGear Magazine said: “Somehow, the Volvo V90 manages to be the antidote to 2016’s obsession with total connectivity and instant gratification while being totally connected and instantly gratifying.”

Launched earlier this year together with the S90, the V90 marks another step in the transformation of Volvo’s product range. Its advanced technology includes the standard fitment of the firm’s semi-autonomous Pilot Assist feature, as well as the world-first introductions of Run-off Road Mitigation and Large Animal Detection. The Volvo On Call app allows the driver to control a range of functions from a mobile device, including the ability to remotely heat or cool the cabin before they get in. The car can also be turned into a WiFi hotspot, while smartphone integration is available.

At the heart of the V90 is a simple, luxurious cabin which uses natural materials to take interior design to a new level.

Jon Wakefield, Managing Director of Volvo Car UK, said: “With its compelling mix of innovation, style and functionality, the new V90 defines the premium estate segment. To receive this award from TopGear Magazine is a tribute to the car’s game-changing abilities in a competitive marketplace.”

Keywords:
2017, V90, Product News
Descriptions and facts in this press material relate to Volvo Car UK's car range. Described features might be optional. All information is correct at time of going to press and may be altered without prior notification.
To view the full copyright information click here
Media Contacts
Related Images
Sep 02, 2016 ID: 195747 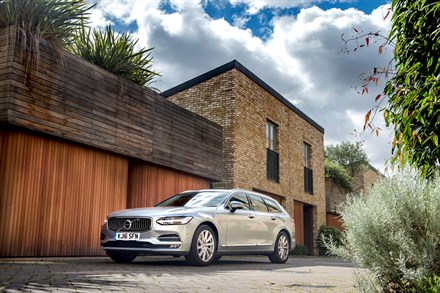 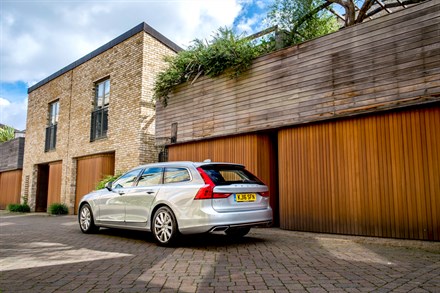