Volvo Car UK has today announced Human Made Stories, a series of short films in partnership with Sky Atlantic, to mark its new 90 series range of cars.

In parallel with Volvo's values of innovation, sustainability, craftsmanship and design, Human Made Stories conveys the Volvo philosophy to always put people first by telling the stories of three defiant pioneers: people who inherently do things differently, challenge conventions and create their own path.

Premiering at 23:00 on 8th September exclusively on Sky Atlantic (Sky EPG 108), the series will then be available as on-demand content for 12 months. The films will also be promoted through 24 new idents (a continuation of Volvo's existing sponsorship of Sky Atlantic), as well as on social and digital media.

The series comprises three unique episodes* focusing on different individuals who each align with Volvo's innovations and brand values:

The partnership between Volvo Car UK and Sky Atlantic was brokered by Sky Media, the advertising sales arm of Sky, and Mindshare. The creatives were executed by Grey London.

Announcing the launch, Georgina Williams, Head of Marketing at Volvo Car UK, says: "Everything we do at Volvo centres on people – we want to make life less complicated, safer and more enjoyable. So every innovation is designed to simplify and improve the lives of those who drive a Volvo.

"In Human Made Stories, we wanted to profile people who share that ethos. Oliver, Maria, Josefin and Erik are all determined in their mission to push boundaries and make the world a better place. They are each relentless in their pursuit of craft and innovation to drive the world forward – a trait shared by Volvo."

Zai Bennett, Channel Head at Sky Atlantic, concludes: "We are thrilled to be working with our channel sponsor, Volvo, to continue what is a truly great partnership. Volvo's Human Made Stories align perfectly with our own values; immersive, cinematic and thought provoking, and so we are excited to be showing these short films exclusively to our viewers both on-air and onDemand."

Further episodes in the Human Made Series will be unveiled over the coming year. Explore Volvo's stories, projects and partnerships further with #HumanMade.

For further information, or to set up an interview, please contact:

*Inaugural episodes of Human Made Stories:

Oliver Armitage is an innovative engineer who is developing smart prostheses by making humans and machines work together seamlessly. Along with his team at Cambridge Bio-Augmentation Systems, Oliver works with amputees using smart technology to help transform their lives.

Human Made Stories follows Oliver in a new Volvo XC90 as he continues his lifelong pursuit to integrate robotic and biological elements to allow an amputee to regain everything they've lost and more. Oliver's initial plan was to make the best prosthetic arm or leg possible. He quickly realised what would make it the best was attaching it to a person so well that they had complete control. That led him to focus on inventing a connector that directly fixes to bone, and therefore can listen to muscles tensing and has the capability to transfer nervous control signals to a prosthetic, giving it pinpoint accuracy.

Like Volvo, Oliver lives and breathes human centricity. Putting people first has helped drive Volvo innovations such as the three-point seat belt, its Pilot Assist semi-autonomous drive technology, and Run Off Road Mitigation, a system designed to anticipate an accident and apply steering to keep the car on the road.

Oliver said: "Our team at Cambridge Bio-Augmentation Systems has really resonated with the ethos at Volvo. Just like us, Volvo prioritises the people products are made for: developing cutting-edge technologies to achieve a bigger aim rather than just technology for its own sake.

"Our project is still at its early stages and so the films are a great way for us to educate more people about the importance of the problem we are solving and hopefully draw more support to the cause."

Shot in and around Cambridge in the United Kingdom, the film features James Young, who lost an arm and leg in a train accident, and with whom Oliver works to develop his prosthetic technologies.

Maria Rindstam and Josefin Arrhénborg are two pioneers who, through their company, Båtskroten, salvage and recycle boat wrecks in the Stockholm archipelago to preserve it for future generations – they are the embodiment of Swedish values.

Human Made Stories joins the two entrepreneurs as they drive in a new Volvo V90, while explaining how people used to drill holes in old boats and leave them on the ice of the archipelago in the winter when they were children. As the ice melted, the boats sank. Those wrecks are now leaking oil, which is killing fish and birds, and destroying local nature. Progressively, they decided to begin salvaging wrecks from the bottom of the sea and separating materials to recycle.

Just as Volvo is, with 85% recyclable cars and its commitment to the electrification of its cars, the pair are focused on looking after the environment. Along the way they gained the respect of local men in their community who initially thought they were 'two girls in the wrong business'.

Shot in the archipelago outside Stockholm in Sweden, the film also features their families and several local fishermen.

Maria and Josefin said: "Volvo signifies for us a company that we strongly connect with our home country, Sweden, and good-quality workmanship with good, strong values.

"We feel proud over the fact that Volvo chose Båtskroten to represent these values and raise the issue of the importance of taking care of the environment we live within – values that we strongly share and work hard for."

Erik Johansson is a surreal photographer who captures ideas instead of moments, defying what is traditionally regarded as art today.

Human Made Stories follows the photographer's process as he goes from sketching a simple idea on paper, to driving between locations in a new Volvo S90 and gathering a range of shots, to merging and retouching all the material in Photoshop before finally displaying the finished artwork in a gallery.

Most photographers have done their job once pressing the trigger, but for Erik that is just the beginning. By bringing an engineering approach to art and designing pieces which look like snapshots from another world, he is constantly challenging conventions to achieve the impossible – as is Volvo as it works to make things such as autonomous driving a reality. Erik is incredibly innovative and believes nothing is impossible; it just seems like it is because no one has figured out how to do it yet. He takes a problem-solving approach to his craft by breaking every problem down into smaller problems, and by dealing with each individually he brings his ideas and designs to life.

Shot in and around Erik Johansson's family home in Götene, outside Gothenburg in Sweden, the film also features the subject of his artwork and his father Bo Johansson. Today, the world-renowned photographer divides his time between Sweden and his studio in Prague, Czech Republic.

Erik said: "It was a lot of fun working with Volvo, who gave me a lot of creative freedom. It's a company that dares to try new things – that's how you stay innovative." 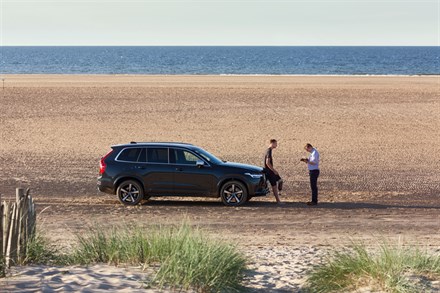 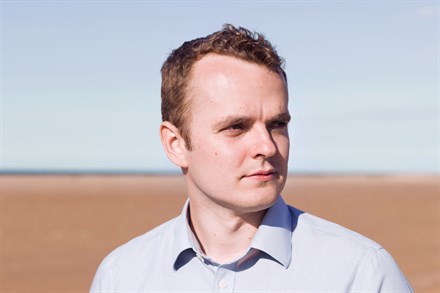