A British kitesurfing family is celebrating after successfully taking on the Round the Isle of Wight World Sailing Speed Challenge and setting four new World Records.

Professional kitesurfers – Steph Bridge and sons Olly (18) and Guy (16) – took to the waters around the Isle of Wight on 30 June 2016 on their foiling kitesurf boards. Travelling the 50 nautical miles around the coastline of the Island on the south coast of the UK, they averaged speeds between 16 and 20 knots.

Guy was first around the island in a time of 2 hours 32 minutes and 25 seconds, averaging speeds of 19.68 knots, with the World Sailing Speed Record (WSSR) Council confirming that Guy is now officially the Fastest Kitesurfer around the Isle of Wight. He also set the record for the Fastest Singlehanded Sailor around this island at the same time.

Steph claimed two World Records around the Isle of Wight: Fastest Woman and Fastest Singlehanded Woman. Steph completed the circuit in 3 hours, 3 minutes and 24 seconds, averaging a speed of 16.34 knots.

Older brother Olly wasn't quite so fortunate on the day, although he finished only two seconds behind Guy. Despite leading the trio for the majority of the circuit, as they headed towards Ryde Sands, Olly made the navigational error of trying to get through the inner channel just for his path to be closed by an expanse of knee-deep water that was too shallow to foil in. Guy, who was following, saw Olly's mistake and navigated safely around the sand bank, ultimately giving him the fastest time and the World Record.

Commenting, Olly said: "I was massively disappointed by my navigational error as it cost me about 10 minutes and maybe the record! Guy was pretty happy to have beaten me and set the new record."

Steph, who is five-times World Kitesurf Champion, added: "It was inspiring to share this really tough challenge with my two sons. I am very proud of what Guy has achieved; he is only 16 years old! The journey continues, that diamond shape island off the south coast of England becomes more and more of an enigma, and I can well imagine we will be back soon to attempt more records around it."

The trio has the support of premium Swedish car brand Volvo Car UK – a sponsor of Team Bridge since 2013. Steph told us about what this support means to Team Bridge: "The campaign gathered huge energy, with everyone involved contributing knowledge, skill and experience. The safety planning, safety boat crews and all involved did an amazing job. None of this would have been possible without the backing of Volvo, who has been amazing at helping our crazy ideas become realities."

Team Volvo is the collective name given to the 34 professional athletes sponsored by Volvo Car UK. The team includes members of the British Sailing Team as well as a family of professional kitesurfers (Team Bridge) and Volvo Ocean Race sailors. 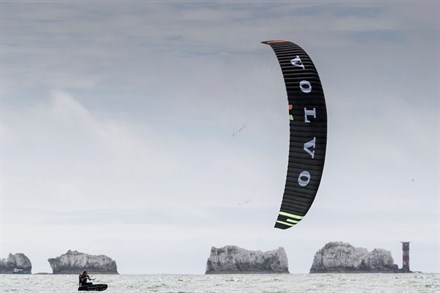 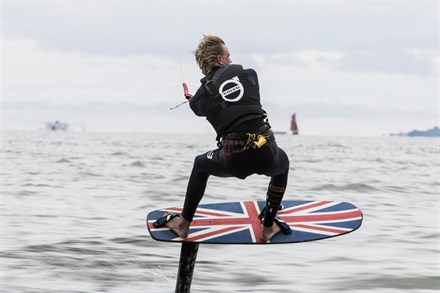