On 17 August 1966, the Volvo 144 was presented in the middle of an ongoing manhunt. With this new model series, Volvo could develop into a considerably bigger car maker. In eight years, no fewer than 1.25 million cars were produced – creating Volvo’s first million seller.

Almost 400 journalists were at the Lorensberg function rooms in central Gothenburg on 17 August 1966. The new Volvo 144 was to be presented, unveiled by raising a dividing wall behind which three pre-series models of the new Swedish car were waiting. Rumours about Volvo’s new model had been circulating for several years, and what the press now finally got to see was an austere and modern vehicle. Parallel to the unveiling in Gothenburg, the new model was also revealed in Oslo, Copenhagen and Helsinki.

The cars used at the press show in Gothenburg had been lifted into the premises the evening before by crane, hidden in large wooden crates. Naturally, the entire procedure was supposed to be as discreet as possible, but this proved difficult since a major manhunt was underway to catch two police killers. A nationwide alert had been issued and, as the wooden crates were being lifted into the function rooms, the police received a tip-off that both fugitives may have been in the audience at the adjacent cinema, which had to be evacuated. 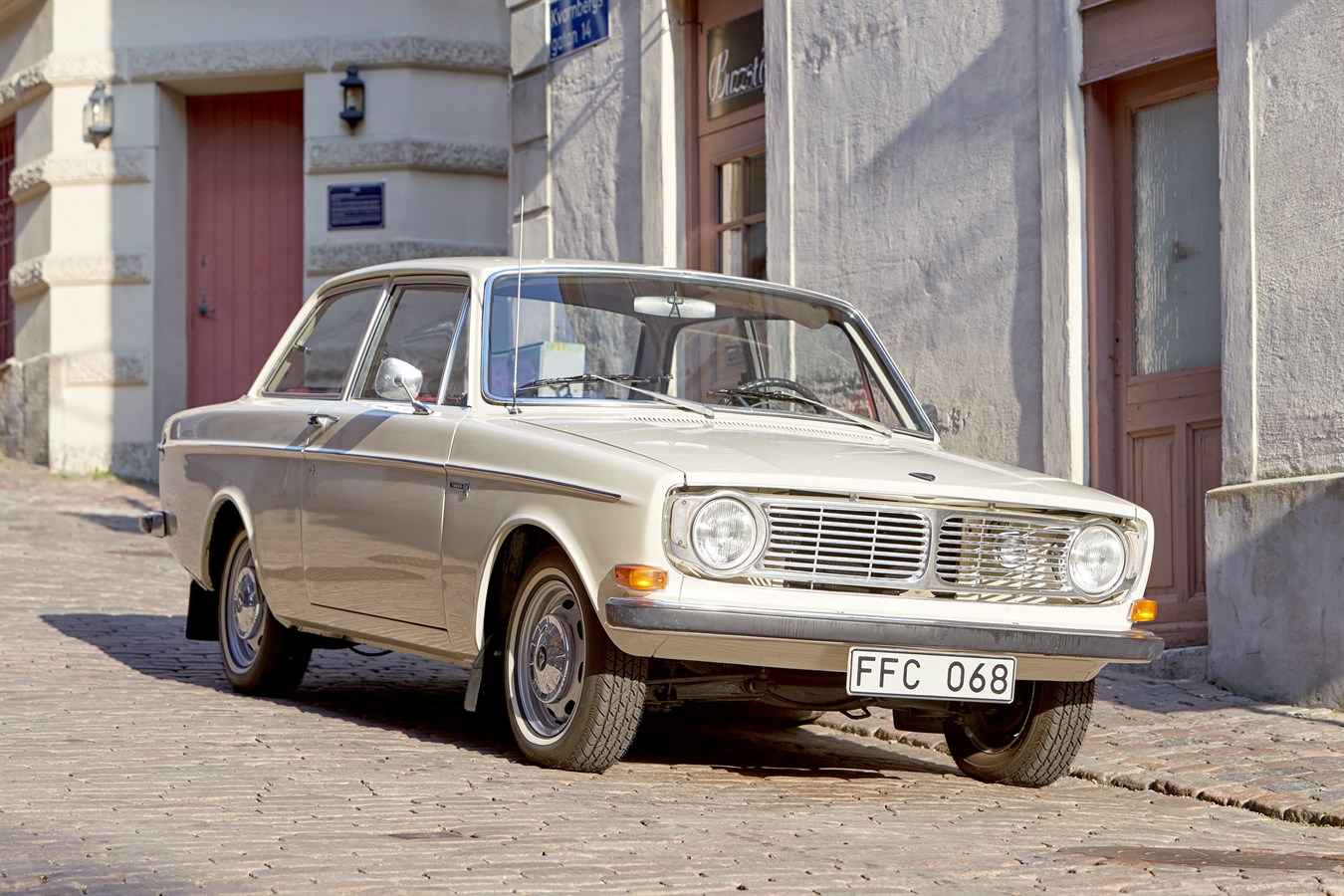 Mass production of the 144 started two days after the presentation, on 19 August 1966. In 1967, the two-door 142 was launched, and in 1968 production of the 145 estate began. A closely related model was the 164, which was launched as the 1969 model. It shared many chassis components with the 140 series, but had a 10 cm longer wheelbase and a longer front to fit the straight-six-cylinder B30 engine. Yet another chassis version was launched in 1970; this was the spacious load-carrying Volvo 145 Express, on which the roof was raised from the B pillar back.

Chief designer Jan Wilsgaard was also the man behind the Amazon’s elegant lines and, despite the differences, likenesses can be seen between the models. There was a strong desire for a grille design reminiscent of the Amazon’s. The shoulder that widened the doors below the side windows was also similar to that on the Amazon, although on the 144 this feature was even more pronounced. Like the Amazon, the 142 and the 144 had vertical tail-lights.

The 140 series was well suited to the ideals of the 1960s, giving precedence to function. It had a spacious interior and large windows. Scandinavian design, with its clean and simple lines, is a popular approach today, and the 140 series is a prime example of its expression.

The 140 series entailed several important advances in both passive and active safety. The chassis was extremely resilient to twisting and was fitted with crumple zones and a protective roll cage. The brake system was advanced, with disc brakes both front and rear, together with a dual-circuit system with twin hydraulic circuits at the front. This provided a three-way partitioning of the circuits, so that if one circuit failed then both front brakes and one rear brake would still function. What’s more, there were reducing valves to prevent the wheels locking during heavy braking, a solution first employed by Volvo. A split steering column and a dashboard with a collision-protected frame were other safety features. Later, the 140 series was also fitted with headrests, retractable seatbelts and seatbelt reminders as standard.

The Volvo 140 series had a conventional design with a front-mounted engine and rear-wheel drive. Initially, the series employed the tried and tested 1.8-litre four-cylinder B18 engine from the Amazon, producing 75 hp DIN – or 96 hp DIN with twin carburettors. The 1969 model had the 2.0-litre B20 engine, producing 82 hp and 100 hp DIN respectively. As of the 1971 model, there were also versions with electronically controlled fuel injection, producing 120 hp DIN.

When production of the 142, the 144 and the 145 came to an end in the summer of 1974, 1,251,371 cars had rolled off the production line. The model series became the company’s first million seller and helped further Volvo’s position as an international player. The legacy of the 140 series is, however, greater than this, stretching all the way to 1993. Its replacement, the Volvo 240, borrowed much from the 140 series’ chassis and went on to become Volvo’s most mass-produced model, with some 2.8 million cars in 19 years. 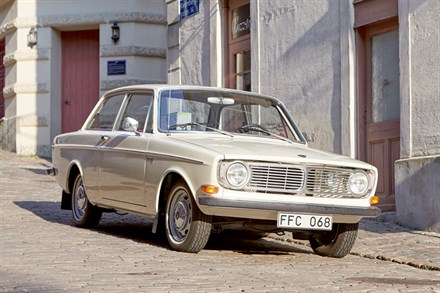 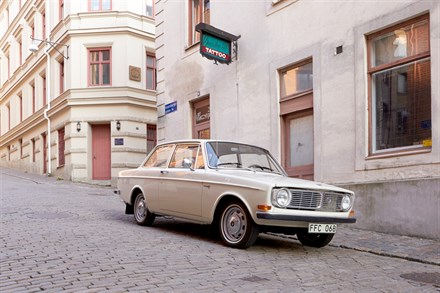