• Volvo awarded the coveted Carmaker of the Year Award

The brand's iconic all-new XC90 was named New Car of the Year, while the coveted Carmaker of the Year Award was awarded to the marque after nomination by the Motor Trader judges.

The Volvo XC90 was recognised by the judges as one of the most significant new model launches of 2015, which enabled the brand to re-engage with its customers. The car replaced the outgoing XC90, which had retained its popularity over its 13-year lifespan, but the judges felt the new model meant Volvo was able to reassert its place in the premium SUV sector, as well as marking a major step in the brand's transformation.

The vehicle received excellent reviews from the motoring press, with Motor Trader itself describing it as "an excellent all-rounder bristling with style, technology and attitude. If Audi, BMW and Land Rover thought they had the premium SUV market to themselves, then they're in for a rude awakening."

The judges highlighted the XC90's world-renowned safety, comfort and practicality credentials, and how it had moved the game on in terms of connectivity and its range of powerful yet efficient engines.

"Volvo faced a tough job in delivering an all-new XC90 into the highly competitive premium SUV sector, and it succeeded with a car that has helped transform the fortunes of the brand and its dealers in the UK and across Europe," said the judges. "The XC90 is a true game-changer for both Volvo and the sector, and a worthy winner of Motor Trader's New Car of the Year. It also sets the agenda for Volvo as it begins its ambitious new product roll-out."

Winning the Carmaker of the Year Award, whose list of winners stretch back to 2002, is a first for Volvo Car UK, reflecting how much the brand has reinvented itself and successfully continued to appeal to its loyal clientele while attracting new customers. The award recognises the manufacturer which has, in the opinion of the judges, excelled in producing new models, marketing them and building close relationships with its dealer network.

Jon Wakefield, Volvo Car UK's acting managing director, who accepted both awards, commented: "It was a privilege to accept both awards on behalf of Volvo. The Motor Trader awards are hotly contested and we were up against some tough opposition. To win the two awards that manufacturers most want to display in their trophy cabinet is testament to Volvo's commitment to being the premium carmaker of choice among motorists."

The prestigious 2016 Motor Trader Industry Awards took place on 13 July at the Grosvenor House hotel, and highlighted best practice and the top achievers in the UK car retailing sector. More than 1,200 guests from the automotive industry attended the event, making it one of the biggest on the retail motor industry calendar. 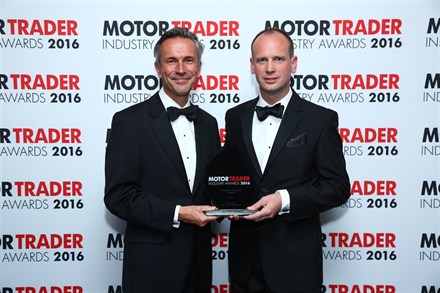 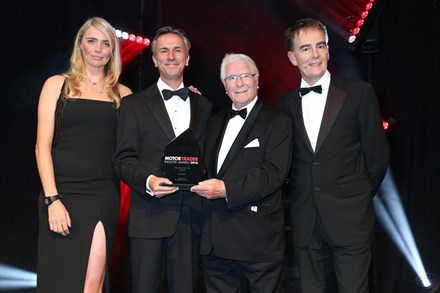