Volvo Cars, the premium car maker, started production of the new V90 premium estate at its manufacturing plant in Torslanda, Sweden, this week.

The first customer-bound V90 rolled off the production line only weeks after the first S90 premium saloon was built. This means all new models in the top-of-the-line 90 series, based on Volvo’s in-house-developed modular vehicle architecture (SPA), are now being produced in Sweden.

The SPA-related investments in Sweden have had positive effects on employment at the company. Volvo has almost doubled its staff numbers at the Torslanda plant in the past two years, to a current total of around 6,300 employees. The company has also hired approximately 1,000 engineers over that period, and continues to recruit in its R&D department.

Furthermore, so-called multiplier effects have created numerous new jobs at suppliers to the company and other businesses in the region, providing a boost to the automotive manufacturing cluster in Gothenburg and the wider economy in Western Sweden. 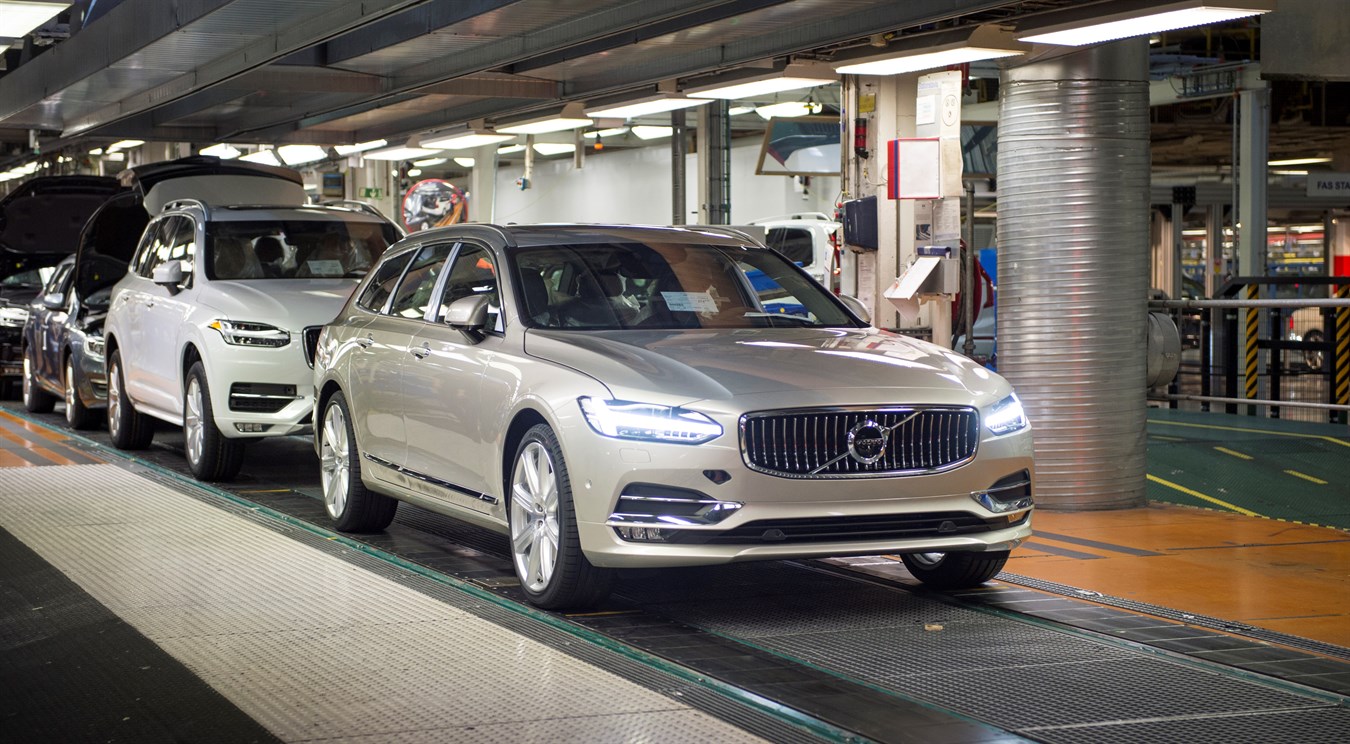 “Taking the new V90 into production is an important milestone for Volvo,” said Håkan Samuelsson, President and Chief Executive of Volvo Cars. “We have invested heavily in preparing the Torslanda plant for building SPA vehicles and it is encouraging to see the positive response to the new 90 cars. We are going from strength to strength, as our transformation plan continues to bear fruit.”

The three new 90 series cars are part of a USD 11 billion transformation program launched by Volvo in 2010. Over the next three years, Volvo will revamp its entire car range. The introduction of the new cars has resulted in significant sales and profitability growth at Volvo.

Helped by the new XC90, Volvo Cars sold more than 500,000 cars in 2015 – the first time it has reached this milestone in the company’s 89-year history. Annual operating profit trebled to SEK 6.6bn, with a profit margin of four per cent.

For 2016, Volvo expects another record year in terms of sales, as the new S90 and V90 arrive in dealerships around the globe and the XC90 has its first full year of production. In the first five months of 2016, Volvo Cars posted a 10.4 per cent increase in global sales, with growth in all major regions.

“While the new XC90, S90 and V90 have helped us rejuvenate the brand, Volvo’s transformation is far from complete,” said Mr Samuelsson. “Three years from now, the XC90 will be the oldest car on the showroom floor. In other words: the new 90 series are only the start of the new Volvo.”

Last month, Volvo officially launched its global small car strategy by revealing two concept cars based on its new Compact Modular Architecture (CMA). Specially created for smaller cars, CMA will underpin the next generation of Volvo’s 40 series cars. The first new car on CMA is expected to be launched in 2017. The next-generation cars in Volvo’s 60 series will be built on SPA. 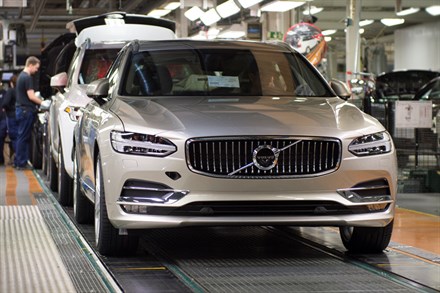