VOLVO R-DESIGN GETS AN ENVIRONMENTAL CONSCIENCE

Volvo has strengthened its DRIVe range by combining the DRIVe technologies with its sports-inspired R-DESIGN bodykit to offer C30, S40 and V50 models with low levels of emissions and the highest levels of visual appeal. The new DRIVe R-DESIGN models are available to order now with prices starting at £17,240 for the C30 while the S40 and V50 start at £19,095 and £20,595 respectively.

The new C30, S40 and V50 1.6D DRIVe R-DESIGN all boast CO2-emissions of just 119 g/km, enabling customers to benefit from the low £35 per year tax band. The fuel consumption has also been improved and now offers up to 62.8 mpg on the combined cycle across all three models.

The R-DESIGN models feature special DRIVe wind deflectors and an R-DESIGN badge at the front, while the DRIVe badge announces the car's low emission levels at the rear. The chassis is also 10 mm lower. This lower ground clearance reduces fuel consumption at the same time as lowering the centre of gravity that, consequentially, has a positive effect on the car's handling.1

These changes enable the cars to keep the full R-DESIGN bodykit with front and rear spoilers, lower door trim and side skirts as well as roof and lip spoilers and 17-inch five spoke alloy wheels. The interior also carries all the familiar R-DESIGN features such as upholstery in cream leather and off black Flex-Tec, R-DESIGN centre stack and blue instrument dials.

DRIVe - the Volvo cars with the best environmental performance

Volvo's DRIVe badge is attached to cars that offer the very best environmental performance. All today's DRIVe models are equipped with a conventional diesel engine and manual gearbox optimised for extra-low fuel consumption.

Emissions in the standard DRIVe versions of C30, S40 and V50 have been cut to only 104 g/km and fuel consumption improved so it offers up to 72.4 mpg thanks to the introduction of two intelligent new features. The first is a Start/Stop function that allows the engine to switch off when the car is at a standstill, whilst also maintaining comfort settings such as the air conditioning. When the driver puts the gear lever into neutral and releases the clutch while at a standstill, the engine switches off. The next time the driver depresses the clutch, the engine starts up again.

The second new feature is a regenerative charge facility. This charges the battery as soon as the driver releases the accelerator or brakes while a gear is engaged. By harnessing the car's kinetic energy, the alternator does not have to use diesel fuel as a power source to recharge the car's battery.

The introduction of front-wheel drive and the new 2.4D engine to the XC60 crossover and XC70 premium estate sees CO2 figures tumble to 159 g/km and improve fuel consumption up to 47.1 mpg. The Volvo V70 and S80 DRIVe models now come equipped with the same powertrain - 1.6-litre diesel engine and manual gearbox - as the smaller C30, S40 and V50 but with specially tailored engine software and different ratios in third, fourth and fifth gears. The optimised powertrain is a major aid in helping Volvo's larger cars significantly cut their fuel consumption and CO2 emissions up to 57.6 mpg and 129 g/km respectively (preliminary figures).

Prices for the full DRIVe range are as follows:

* On the road price is an indication as it is based on preliminary data.

Keywords:
S40, V50, C30, Design, 2010
Descriptions and facts in this press material relate to Volvo Car UK's car range. Described features might be optional. All information is correct at time of going to press and may be altered without prior notification.
Related Images
Jan 11, 2008 ID: 13838 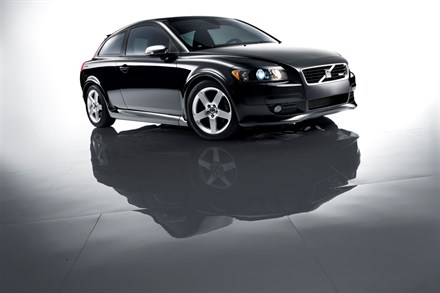 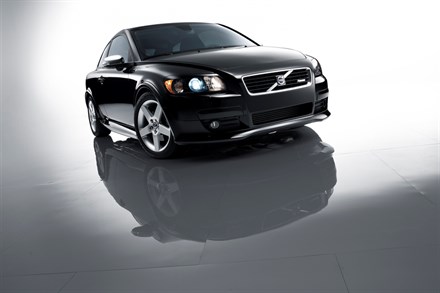 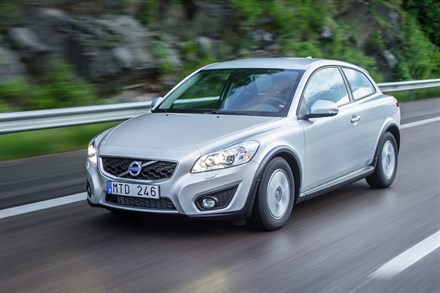 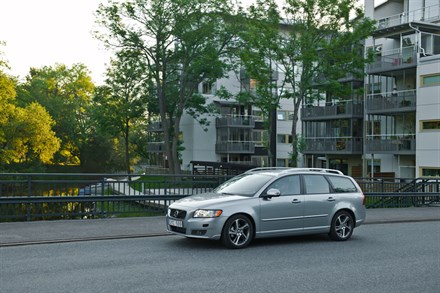