Central to the S90 and V90 R-Design is an advanced sport chassis that delivers an energetic, road-hugging drive.

“R-Design delivers an edge to our elegant estate and saloon models in our 90 Series, with a winning combination of a sportier, more responsive drive with clearly visible performance styling,” said Björn Annwall, Senior Vice President of Marketing, Sales and Customer Service at Volvo Cars.

Sporting a new front-end design with spoiler-integrated foglights, the R-Design models come with a unique grille and piano black trim both on the front and rear of the cars. A new five-spoke matt black diamond-cut wheel adds to the performance feel.

A wide range of styling cues are included on the inside – from unique deco trim, pedals and mats, to the sporty contour seats and special steering wheel, including a high-level interior illumination package that radiates attention to detail. 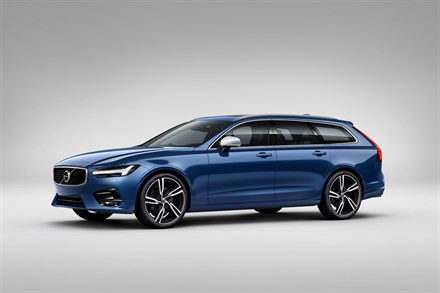 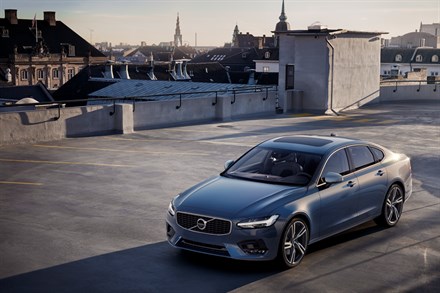