There’s just two weeks of preparation left before a kitesurfing family from Exmouth attempts to smash the World Sailing Speed Challenge by kitesurfing around the Isle of Wight.

Three members of the Bridge family, who collectively make up Team Bridge, are taking to the waters around the Isle of Wight over the last week of June in an attempt to beat the World Sailing Speed Record for the fastest time around the island. A large multihull, Foncia, currently holds the record with a time of two hours, 21 minutes and 25 seconds.

Team Bridge are all professional kitesurfers and have set themselves this latest challenge after a phenomenally successful start to the year. Mum, Steph Bridge, is five-time World Kite Race Champion and, along with her sons Olly (18) and Guy (16), is at the peak of the sport. At present, Guy is the 2015 British Hydrofoil Champion, while Olly is the Vice World and European Race Champion. Dad Eric, who runs the family’s watersports centre in Exmouth, and youngest son Tom (15), who holds his own title of four-time European Youth Freestyle Champion, will make up part of the support crew for this challenge.

The three Team Volvo* athletes will ride on hydrofoil kiteboards, reaching speeds of up to 30 knots. The boards are fitted with large knife-like foils beneath them, designed to lift the rider clear above the water for increased speed. Conditions can be unpredictable around the Isle of Wight, and the athletes will need three safety boats, a team of medical personnel and several kite handlers on hand to support them. Steph explains in more detail: “We’re going to be travelling at incredible speeds, effectively with a knife-edge beneath us in the water. If we fall off the board there is a possibility we could seriously injure ourselves.”

The pressure is on for the family to juggle intense training with staying injury-free to not jeopardise their chances of achieving the record. Steph is also busy trying to recreate some of the more difficult conditions they will face around the island. She says: “Creating the nasty sea state we experience around St Catherine's Point is tricky. It’s important to ensure our foils work in this since this is a long stretch, and if we are not happy with the set-up, then we cannot push the equipment hard enough.”

As the weather improves, the kitesurfers will begin their distance training. Olly adds: “The plan is to kite to Portland and Brixham, two local landmarks. The next couple of weeks are all about hours on the water, as endurance training is different to the race training we have been doing.”

The lead up to the challenge has been gruelling for the whole team, but it’s the youngest participant who’s really felt pressure. Guy has been busy juggling his AS exams with training. He’s taking it all in his stride, though: “Whenever I’ve had a free moment, I’ve been out on the water training. Now that my exams are over, I can focus fully on the challenge.”

The kitesurfing challenge will take place between 29 June and 1 July, with the weather being the deciding factor for the final date of the record attempts. The challenge will coincide with the world-famous J.P. Morgan Asset Management Round the Island Race, being held on 2 July.

The public can follow the kitesurfers throughout their challenge via a tracker on the volvocars.co.uk/kitesurfing website, and see videos of the preparations for the challenge here and here.

* Team Volvo is the collective name given to the 34 professional athletes sponsored by Volvo Car UK. The team includes members of the British Sailing Team as well as a family of professional kitesurfers (Team Bridge) and Volvo Ocean Race sailors. 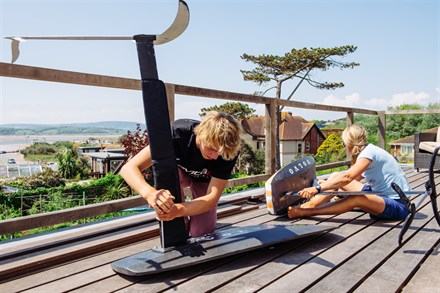 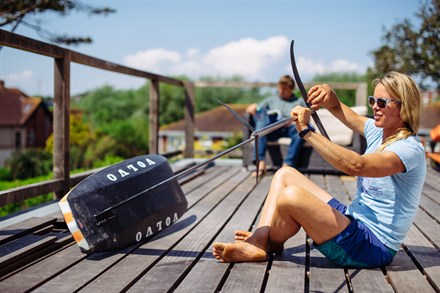 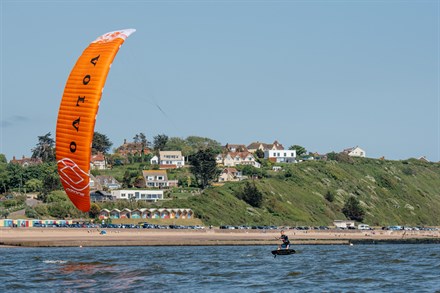