STAND BY FOR ATLANTIC THRILLER TO CARDIFF

ALICANTE, Spain, March 3 - Cardiff has been chosen as the destination for the first Volvo Ocean Race transatlantic leg to the United Kingdom in 12 years, when the world’s leading offshore race makes its debut visit to Wales in 2018.

The transatlantic leg is traditionally one of the nine-month event’s biggest highlights and toughest tests for sailors in often challenging conditions.

At a press conference, Adolfo Rodríguez from the Volvo Ocean Race joined Welsh Government Minister for Economy, Science and Transport, Edwina Hart, and the City of Cardiff Council Leader, Cllr Phil Bale, to announce that Cardiff had been chosen as the transatlantic stopover, when the race will visit from May 25-June 10.

Sailors will leave Newport, Rhode Island, U.S., on May 20 and will cover approximately 2,900 nautical miles until they reach Cardiff.

The leg will start in Newport, which made a hugely successful debut as the race’s only North American stopover in May 2015. It was reselected to host a stopover in the next edition from May 8, with the in-port race on May 19.

Sail Newport executive director Brad Read, who played a leading role in Newport’s stopover, said: “Newport hosted the most successful North American stopover in the history of the race and Rhode Island will be ready again with an enthusiastic family-friendly public festival and celebration in May 2018.

“We are thrilled that the race will connect Newport with Cardiff and the North Atlantic leg between our cities could break the 24-hour speed record in the fierce conditions,” said Read, who is the Newport stopover director.

Antonio Bolaños López, acting CEO, Volvo Ocean Race, said: “The transatlantic race between Newport and Cardiff promises to be one of the real highlights of the Volvo Ocean Race 2017-18.

“The event is returning to the United Kingdom for the first time in 12 years, but this is the first time our world-class fleet will have visited Wales, despite the country’s rich seafaring tradition.

“Cardiff’s harbour will make the perfect backdrop for our boats, which will follow after what we expect to be another highly successful stopover in Newport.”

Welsh Government Minister for Economy, Science and Transport, Edwina Hart, said: “It is excellent news that Wales has been chosen as the transatlantic stopover for this prestigious race. The Volvo Ocean Race is a truly global event and this stopover will be valuable in raising Wales’ profile on the world stage.

“Being a transatlantic stopover will give us added benefits of increased global media coverage and will be an excellent opportunity to look at key business opportunities in the U.S.

“The Volvo Ocean Race’s arrival in Cardiff will mark another historic milestone in Wales’ rise as an outstanding destination for world-class events.”

Following a competitive bidding process in 2012, Cardiff, with the support of the Welsh Government, was awarded the right to host a stopover in the Volvo Ocean Race 2017-18. It will be the only race stopover in the UK. 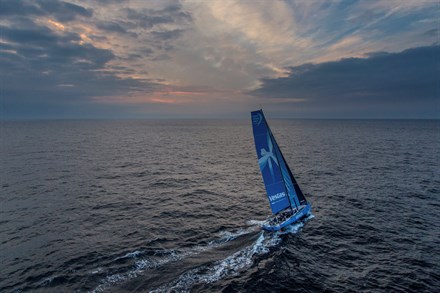 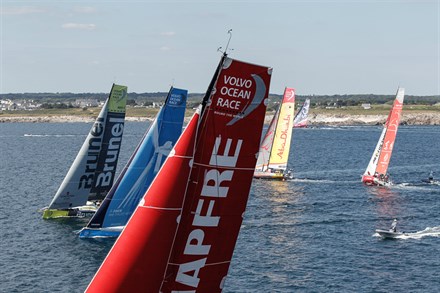