During the first half of 2009, Volvo Cars will launch a variant of the new Volvo XC60 with front-wheel drive, an upgraded Euro 5-compliant 2.4-litre diesel engine, featuring 175 horsepower, 420 Nm of torque and CO2 emissions of less than 170 g/km.

"This is the first step in a determined drive towards systematic reduction of CO2 emissions from our conventional drivelines. The next stage for the XC60 is a micro-hybrid with the potential for reducing emissions to about 140 g/km," adds Magnus Jonsson.

The new Volvo XC60 currently has a choice of a six-cylinder turbocharged T6 engine producing 285 PS, as well as two five-cylinder turbodiesels: the D5 with 185 PS and the 2.4D with 163 PS. Four-wheel drive (AWD) with Instant Traction is fitted as standard to all these variants. The Volvo XC60 is available to order now and will be launched in UK dealer showrooms 15/16 November 2008.

In 2009, the driveline range will be expanded with a front-wheel drive version of the 2.4D, upgraded to produce 175 horsepower and 420 Nm of torque.

With a manual gearbox, CO2 emissions will be less than 170 g/km and fuel consumption approximately 41.4 mpg. The corresponding figures with automatic transmission will be approximately 38.7 mpg and 193 g/km.

A range of driveline improvements

In addition to front-wheel drive, a variety of smaller improvements contribute to the attractive fuel consumption and CO2 figures.

Volvo Cars' powertrain experts have reduced internal friction and pump losses in the diesel engine. The pressure drop in the intake and exhaust system has also been reduced. Injection pressure has been increased with the next generation of high-pressure diesel pumps and the fuel-injection strategy has been refined through the introduction of Piezo-based injectors.

Furthermore, the engine has lower compression, more efficient combustion and the latest generation of engine management, whilst the single turbocharger has been optimised to produce high torque from low revs.

"As always this is the science of small adjustments. Many systems and details in a car model have been dimensioned to suit all engine variants, from the smallest diesel to the most powerful petrol engine. So in other words, there is a certain amount of scope for fine-tuning individual engine variants," explains Magnus Jonsson.

One important aim of the development process is to retain the sporty properties that are a central part of the new crossover's attraction.

"More horsepower, higher torque and a sporty chassis setting all help give the front-wheel drive variant the right XC60 dynamics. It's the perfect choice for buyers who want to focus on fuel consumption and CO2 emissions without compromising on driving pleasure," says Magnus Jonsson.

Keywords:
Volvo XC60, Environment, Motor Shows, 2009
Descriptions and facts in this press material relate to Volvo Car UK's car range. Described features might be optional. All information is correct at time of going to press and may be altered without prior notification.
Related Images
Sep 15, 2008 ID: 16928 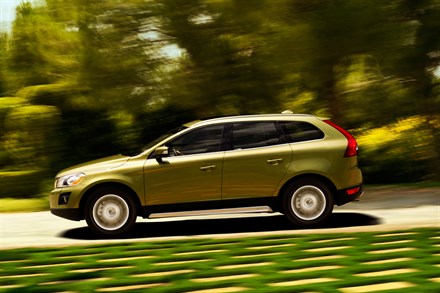 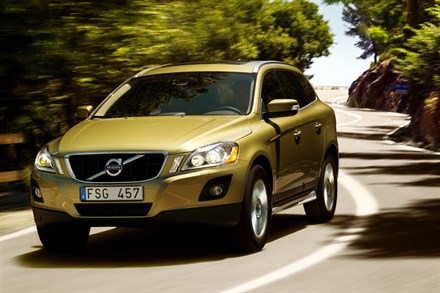