VOLVO PARTNERS UP WITH THE ALFRED DUNHILL LINKS CHAMPTIONSHIP

For the second year running Volvo Car UK will be the Official Partner of the Alfred Dunhill Links Championship, which takes place from 2-5 October 2008. Alongside providing a fleet of cars to transport the players in style, Volvo will also be running a hole-in-one competition on Sunday's final where players will have a chance to win a new Volvo XC60.

The partnership continues Volvo's long term involvement with the golfing community which has grown further this year to include the Volvo Masters Amateur Tour and a major media partnership with the Daily Telegraph Golf Club.

The new stunning Volvo XC60 crossover, which will be in dealer showrooms 15/16 November, and the complete special edition Volvo Ocean Race range, including the V70, XC70 and XC90, will be on display alongside the striking Volvo C30 R-DESIGN Sport in Ice White. Volvo will also be providing a fleet of vehicles so players can be transported in style and comfort. The seven-seat Volvo XC90 with the new sports-inspired R-DESIGN specification, the Volvo S80 executive saloon and the Volvo V70 and XC70 premium estate cars will make up the fleet.

To celebrate the launch of the new XC60, Volvo will be running a hole-in-one competition on Sunday's final where players will have the opportunity to try their luck to win a Volvo XC60 with the same specification as the one on display.

Lesley Milne, Head of Events and Sponsorship at Volvo Car UK, commented: "We are delighted to be working with one of the most prestigious and unique tournaments on the European Tour for the second year running. The Alfred Dunhill Links Championship provides a great platform to expand our brand's appeal and showcase our cars."

The Alfred Dunhill Links Championship is one of the leading European Tour events with a prize fund of US$ 5 million and has a unique format incorporating two separate competitions - an individual professional tournament for the world's leading golfers and a team event in which they are paired with amateurs from the world of sport, business and entertainment.

Keywords:
Sponsorship
Descriptions and facts in this press material relate to Volvo Car UK's car range. Described features might be optional. All information is correct at time of going to press and may be altered without prior notification.
Related Images
Sep 18, 2008 ID: 17006 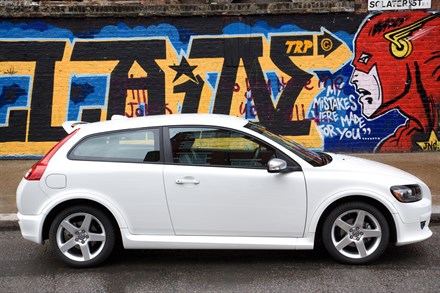