Since the first single cell organism emerged from the primordial soup, nature has been testing, selecting and perfecting how best to help life survive.  Along the way, she encountered dead ends and thankfully many successes. Today, lessons learned from nature help scientists improve our lives with technologies like Velcro© that was inspired by burrs on seed pods, self-cleaning coatings for ship hulls from shark skin structures, neuromorphic computer chips that one day may be able to process information the way our brain does, just to mention a few.

Nature is a wonderful laboratory. "We learned of Dr. Claire Rind´s, Newcastle University, UK, studies into the migratory African Locust, which showed that they tend to avoid bumping into each other during flights," states Jonas Ekmark, Preventive Safety Leader at Volvo Car Corporation. "Our original thoughts centered on pedestrian safety. If we could trace how the locusts are able to avoid each other maybe we could program our cars not to hit pedestrians."  During the study, Dr. Rind learned that visual input is instantly transmitted to the insect's wing nerve cells, seemingly bypassing the brain. Dr. Rind calls this the Locust Principle.

"Locusts are quick reacting and have reliable circuits, they do their computations against lots of background chatter, much like driving around town," comments Dr. Rind.  Volvo wanted to learn if locust sensory-input routing methodologies could be built into a vehicle pedestrian safety system.  The goal was to avoid hitting pedestrians. Primary to this research was to synthesize a locust algorithm that could be applied to a car. "As it turns out, the locust processing system is much more sophisticated than the hardware/software currently available. In the end technology was no match for nature," says Jonas Ekmark.

"What we learned was very encouraging. However, rather than wait for technology to catch up to Dr. Rind's Locust Principle, Volvo created a pedestrian alert feature that will be introduced in the near future.

"When we started in late 2002, sensing and computational systems were rather weak. But technology is quickly catching up. Volvo City Safety has been launched as standard in the new Volvo XC60. At low speeds, City Safety is smart enough to bring the XC60 to a complete stop should the vehicle in front suddenly stop.

"While some interesting ideas came from this study, we still have a many more years of research ahead to bring that small locust brain into our cars. We have found a lowly locust has beaten man, at least for now. Still, the big question remains: How do groups of locusts keep from bumping into each other?  Maybe there is more to be learned? We will continue to follow interesting paths in our efforts to reach our safety vision; to design cars that do not crash," concludes Jonas Ekmark.

Keywords:
Safety
Descriptions and facts in this press material relate to Volvo Car UK's car range. Described features might be optional. All information is correct at time of going to press and may be altered without prior notification.
Related Images
Sep 17, 2008 ID: 16911 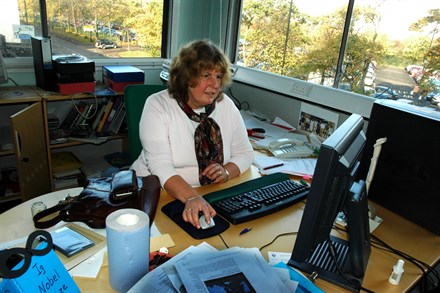 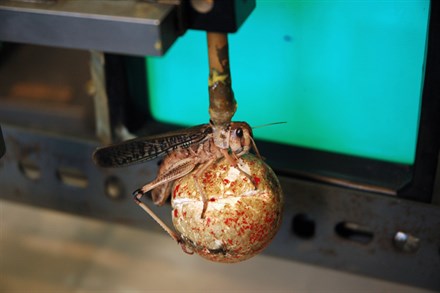