VOLVO BOOSTS PERFORMANCE OF ITS XC90 WITH RANGE OF POLESTAR UPGRADES

VOLVO BOOSTS PERFORMANCE OF ITS XC90 WITH RANGE OF POLESTAR UPGRADES

Volvo Car UK is enhancing the performance of its award-winning XC90 with a series of Polestar-developed upgrades. This is the first time that Polestar, Volvo’s performance brand, has focussed its attention on the new seven-seat SUV.

Known as Polestar Performance Optimisation, the upgrades improve the power and torque figures of both the D5 diesel and T6 petrol Drive-E engines, particularly at medium revs where it’s most effective. They also make the accelerator responses even quicker, and alter the settings of the automatic gearbox to provide faster gearchanges and prevent gearshifts during rapid cornering, which could unsettle the car. These quicker and more precise responses to driver commands not only make the driving experience more dynamic, they ensure the car responds predictably during high-speed driving.

The upgrades have been developed and designed by the engineers of Polestar and the racing drivers of Polestar Cyan Racing, the official motorsport partner to Polestar.

Thed Björk, reigning Scandinavian Touring Car Championship (STCC) champion and Polestar Cyan Racing driver, said: “The new Polestar optimisation is about making the car more dynamic and responsive to drive. We use the same philosophy as when optimising our race cars, to create a completely balanced package. And this is exactly what we have focussed on with the new-generation optimisations for Volvo cars: powertrain optimisation for real-life driving.”

Polestar Performance Optimisations have also been released for the D4 diesel and T5 petrol Drive-E engines in other Volvo models. Like the upgrades to the D5 and T6 engines in the XC90, the aim is to boost medium-rev performance and to make the car’s entire drivetrain react more quickly and accurately to driver commands.

The price of the D4, D5*, T5 and T6 Polestar upgrades is £835, including VAT and fitting. The work can be carried out at any authorised Volvo dealer, and should take about 30 minutes to complete.

Nick Connor, Managing Director of Volvo Car UK, said: “These new Polestar Performance Optimisations make our cars and Drive-E engines even more dynamic and desirable. The combination of increased power and torque – especially at medium revs – and the changes to make the entire drivetrain more responsive ensure that owners will really feel the difference these optimisations make.”

Finally, until the end of December 2015, all model-year 2005 to model-year 2015 all-wheel-drive Volvos can be upgraded with the Polestar Performance Optimisation at the discounted price of £620, saving £215.

The Polestar upgrades do not affect the certified emissions and fuel consumption figures, service intervals or Volvo warranty cover.

For more information on the Volvo range, Drive-E engines and Polestar, please visit the website: www.volvocars.com/uk

Keywords:
Corporate News, Product News
Descriptions and facts in this press material relate to Volvo Car UK's car range. Described features might be optional. All information is correct at time of going to press and may be altered without prior notification.
To view the full copyright information click here
Media Contacts
Related Images
Nov 04, 2015 ID: 168926 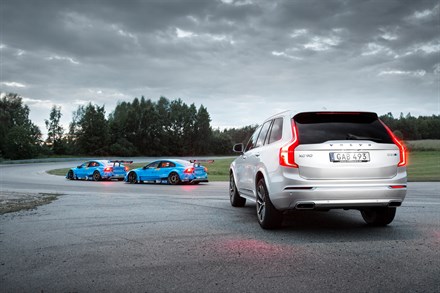 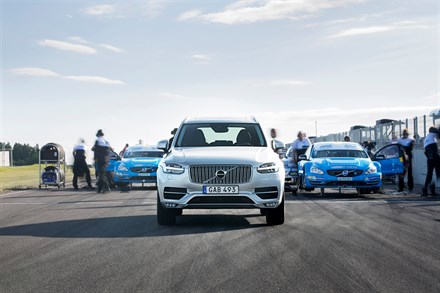