Volvo Car Group has been a partner in an advanced research project that has studied the possibilities of inductive charging for electric vehicles – and the results show that this technology for transferring energy via an electromagnetic field has a promising future.

“Inductive charging has great potential. Cordless technology is a comfortable and effective way to conveniently transfer energy. The study also indicates that it is safe,” says Lennart Stegland, Vice President, Electric Propulsion System at Volvo Car Group, and adds “There is not yet any common standard for inductive charging. We will continue our research and evaluate the feasibility of the technology in our hybrid and electric car projects.”

“With inductive charging, you simply position the car over a charging device and charging starts automatically. We believe that this is one of the factors that can increase the customer’s acceptance of electrified vehicles,” says Lennart Stegland.

The completed research project, which included inductive charging for cars and buses, was initiated by Flanders’ Drive, the knowledge centre of the automotive industry in the Flanders region in Belgium. It featured a consortium of companies, including Volvo Car Group, Bombardier Transportation and the coachbuilder Van Hool. The project was partly funded by the Flemish government. Volvo Cars supplied the car for the inductive charging project: a Volvo C30 Electric with a power output of 89 kW (120 hp).

“The tests demonstrated that our Volvo C30 Electric can be fully charged without a power cable in app. 2.5 hours. In parallel with this, we have also conducted research into slow and regular charging together with Inverto, which was also a partner in the project,” says Lennart Stegland.

Volvo Cars has focus on electrification

Volvo Cars’ ambitious strategy for electrification has also resulted in the successful launch of the fast-selling Volvo V60 Plug-in Hybrid, which entered series production in 2012.

The company has initiated strategic co-operation with Siemens in order to develop electrical drive technology, power electronics and charging technology as well as the integration of these systems into electric vehicles.

Keywords:
Product News
Descriptions and facts in this press material relate to Volvo Car UK's car range. Described features might be optional. All information is correct at time of going to press and may be altered without prior notification.
To view the full copyright information click here
Related Images
Oct 24, 2013 ID: 134699 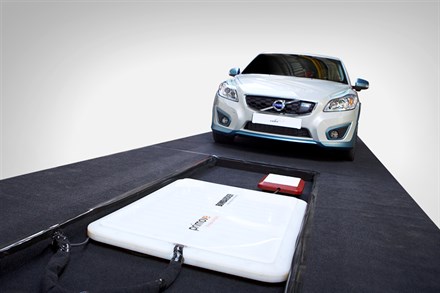 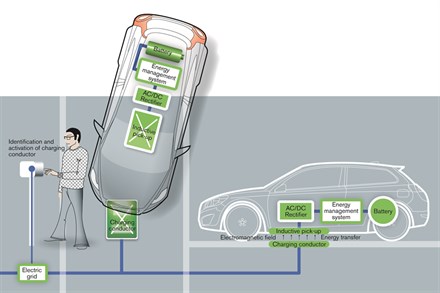 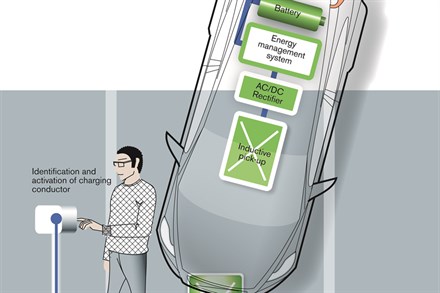