Overall year-to-date sales are up too, with figures running 2.6% higher than 2012 and order books at their highest level for three years.

The figures follow the successful introduction of the new S60, V60, XC60, V70, XC70 and S80 models, along with continued customer demand for the premium V40 hatchback.

Jon Wakefield, Sales Director at Volvo Car UK, said: “These figures are a great result for Volvo in the UK and further evidence of how Volvo is capturing the attention of premium car buyers with a fantastic range of vehicles.

“With new product fuelling this growth, we can also look forward with confidence to the arrival of our new Drive-E engines in January, plus the all-important XC90 launch next year, as we seek to increase annual sales to 40,000 cars over the next two years.”

Jon added: “While demand for V40 remains high, it’s clear from the latest figures that the new showroom models are also attracting new customers to Volvo. The new 2014 model year XC60 proved particularly appealing, posting an incredible 38% increase in sales for September versus 2012, and up 3% overall for the year.”

Meanwhile, Volvo Cars’ Global sales rose for the third consecutive month to 40,952 cars in September, up 13.5 per cent on September 2012.

China became Volvo Car Group's (Volvo Cars) number one market in September with 5,719 retail sold cars, representing an increase of 48.6 per cent. The best-selling model was the Volvo XC60 with 2,482 sold cars – a new sales record for an individual month – while the V40 model also supported continued growth in the Chinese market.

The positive momentum in Europe continues with the Netherlands being one of the key markets boosted by strong sales of the Volvo V60 Plug-in Hybrid and the Volvo V40. The UK, Switzerland and Spain also performed very well with the Volvo V40 and V60 models explaining most of the growth.

The Volvo V40, V60 and XC60 models were the main drivers behind the growth in Sweden, where Volvo continues to be the market leader with close to 20 per cent market share. The United States reported retail sales of 4,188 cars with the Volvo S60 and XC60 models representing the majority of sales.

“We are very satisfied with the positive reception of our new products that are now reaching dealerships globally. We are confident that we are on the right track with our global transformation strategy,” says Alain Visser, Senior Vice President Marketing, Sales and Customer Service at Volvo Cars. 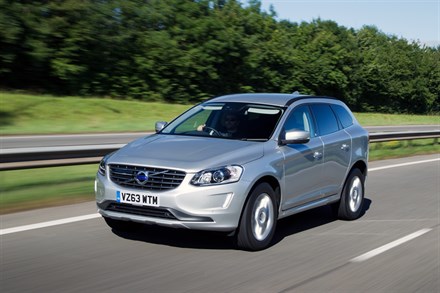