The success is Volvo's fourth win in five years in the category with the Pedestrian Airbag, Pedestrian Detection and City Safety technology previously scooping the award.

The world-first Cyclist Detection system was commended for offering a unique and innovative response to the growing amount of cyclist deaths on UK roads. Last year deaths rose by 10% to 118 and Volvo wants to help reduce this figure.

A cyclist swerving out in front of the car is one incident type that is addressed by the Pedestrian and Cyclist Detection, which is now available on the all-new V40, S60, V60, XC60, V70, XC70 and S80 models.

Cyclist Detection has been developed after much research and development as the natural extension to the award winning City Safety autonomous emergency braking technology that is now standard on all new Volvos except the XC90.

The advanced Cyclist Detection sensor system scans the area ahead. If a cyclist heading in the same direction as the car suddenly swerves out in front of the car and a collision is imminent, there's an instant warning and full braking power is applied.

The system is another working step towards Volvo's pledge that by 2020 nobody will be killed or seriously injured in a new Volvo.

BusinessCar editor Paul Barker said: "Volvo's industry-leading reputation for safety is backed up by its actions, and four wins in the five years of the BusinessCar Fleet Technology Awards clearly illustrate that. The innovative Cyclist Detection system builds on other groundbreaking safety technology that helps avoid or mitigate accidents across the whole spectrum of possibilities, and should be acknowledged as both pioneering and effective."

Volvo Car UK Managing Director Nick Connor commented: "We're delighted to have won the Best Car Safety award once again. We pride ourselves on being at the forefront of car safety technology and Cyclist Detection is another revolutionary breakthrough. We're always working on making our cars the safest vehicles on the road as we work towards our 2020 goal." 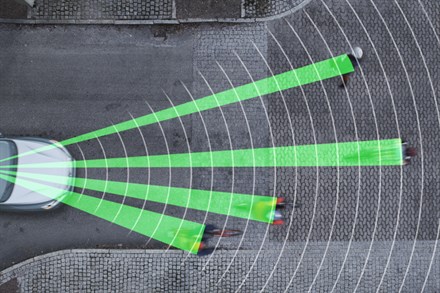