Gerry Keaney was born on 2 October 1956 in St. Helens, a small Lancashire town close to Liverpool. The family later moved to Rugby in the British midlands - almost in the heart of the car industry - where he attended school.

"After that, there was never any doubt that I would look for a job in the car industry," he recalls.

He joined British Leyland, spending two years with the company as an accountant - working with Land Rover and then with Jaguar!

"At that stage, I wanted to work for a somewhat smaller company. So I left BL for the British subsidiary of US Rockwell, which made axles for most of the European truckmakers, and I was also based for a time in the USA and Italy."

Gerry Keaney's career then took a completely different direction when he was appointed financial controller of Habitat, the British furniture and home furnishing multiple.

"Having visited Sweden to study IKEA, Habitat's founder established a similar operation in a smaller format - and it was a concept that worked well," he remarks. "However, the company then changed hands several times and, in the late 1990s, it was acquired by - yes, IKEA!

"I enjoyed the job - it was great to be in the High Street and to work directly in the everyday sales situation. We were also successful and we had a great management team."

"We had many interesting customers, and we undertook a number of exciting and strategic projects in my time there," remembers Gerry Keaney.

"And a highly successful one," he adds. "At that time, Britain occupied a strong position as the second biggest Volvo market in the world. I had a number of different managerial positions before I was appointed MD in 1996. Three years on, I became Regional President for Beneluk (Belgium, Luxemburg, Netherlands, Ireland and Britain) at Volvo Cars - Volvo's largets region outside North America."

In August 2002, he moved to Göteborg as VP Sales before he became head of Marketing, Sales and Customer Service (MSS) on 1 March 2003.

He is very interested in sport, although he is now more a spectator than a participant.

"I keep fit by running, although I was once an active rugby player. My other hobby is collecting antique maps from around the world, mostly from Europe. I am interested in both the geographical and artistic aspects of cartography.

"As a near-Scouser, I obviously like music. Not just the Beatles, but a great deal of other stuff."

Keywords:
Volvo People
Descriptions and facts in this press material relate to Volvo Car UK's car range. Described features might be optional. All information is correct at time of going to press and may be altered without prior notification.
Related Images
Jan 08, 2004 ID: 8189 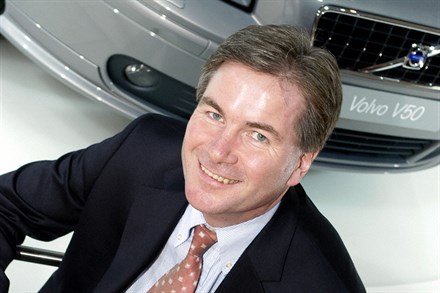 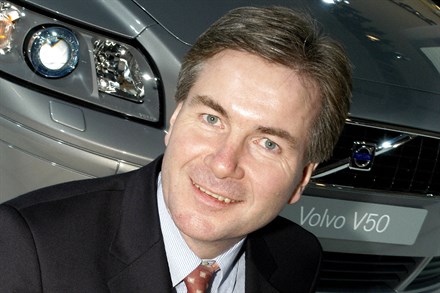