Volvo Cars unveils new version of the S90 sedan and top-of-the-line S90 Excellence in Shanghai, marking a new era for car-making in China

Volvo Cars, the premium carmaker, has unveiled a new upgraded China version of its S90 sedan and a top-of-the-line luxury model called S90 Excellence, both aimed at the high-end sedan market, in advance of their first public appearance at the 2016 Guangzhou Motor Show.

The new S90 will be the most premium car ever made in China. Both versions will be built in Volvo Cars’ production facility in Daqing, China, and exported globally, highlighting the high levels of quality that underpin Volvo’s global manufacturing strategy.

“China will play an increasingly important part in our global manufacturing ambitions. Our factories here will deliver world-class products for export across the globe in coming years, contributing to our objective of selling up to 800,000 cars a year by 2020,” said Håkan Samuelsson, President and CEO, Volvo Car Group.

Volvo has paved the way in developing China’s exports of cars to global markets. It was the first Western car maker to export a premium China-made car to the US in 2015 with the S60 Inscription, which received a full 5-Star rating in National Highway Traffic Safety Administration testing.

Both the S90 cars underscore Volvo’s credentials as a premium car maker.

“The first thing you notice in the S90 Excellence is that we have removed the front passenger seat and replaced it with what we call the Lounge Console, designed to meet the chauffeur-driven executive customers’ need to relax or work while on the move. The second thing you will notice is the high quality materials that combine to deliver a well-thought-through and immersive luxury feel,” said Thomas Ingenlath, Senior Vice President Design at Volvo Car Group.

The S90 will be available with Volvo Cars’ award-winning T4 and T5 petrol engines and the top-of-the-line T8 Twin Engine plug-in hybrid, delivering an uncompromising mix of performance and pure electric power that makes the most of Volvo’s ‘Relaxed Confidence’ chassis settings. The S90 Excellence will only come with the T8 Twin Engine powertrain option.

The new cars will come with a host of standard safety features including Large Animal Detection as a part of the City Safety system, Pilot Assist, which is a hands-on-the-wheel semi-autonomous driver assistance system that works up to 130 km/h.

Both cars will be available with a new CleanZone air quality system that employs an ionic air cleaner, a PM 2.5 real-time monitor in the four-zone air conditioning system.

The new S90 goes into production in November. The S90 Excellence follows next year. 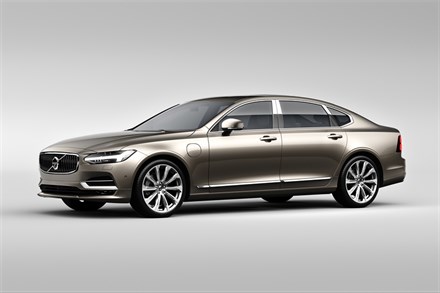 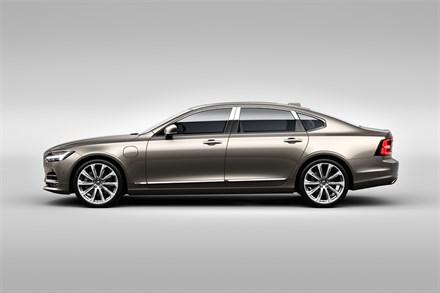 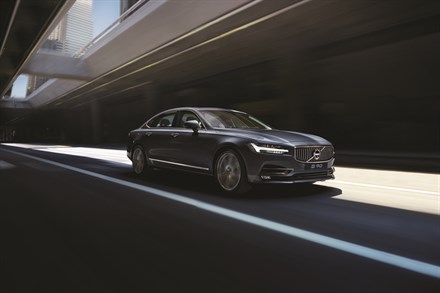 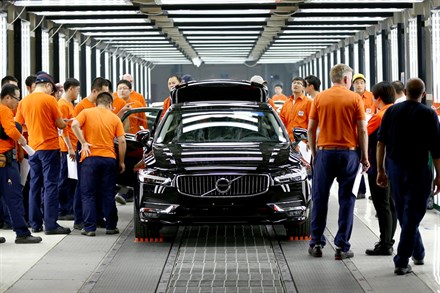