The Volvo Performance Concept Car is also fitted with electronically managed all-wheel drive (AWD), developed with one of the foremost experts in this field, Haldex of Sweden. 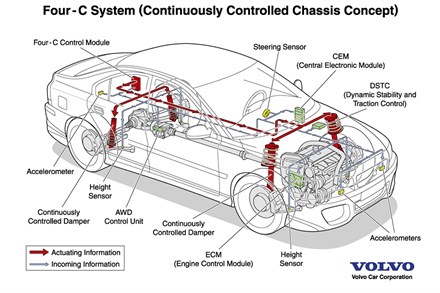