Most people would not see any natural link between a hotel made entirely of ice and a Swiss army knife. But for Volvo Cars interior designer Jonathan Dale the connection was clear-cut.

"It’s what great industrial design is all about, blending cold surfaces, warm materials and smart functionality," he says. And to prove his point he designed a concept high-performance sports activity vehicle called the Volvo Adventure Concept Car 2, inspired by the Swedish Ice Hotel at Jukkasjarvi, above the artic circle, and the icon Swiss Army knife.

"I wanted to prove that modern Volvo is far from staid, in either product or mind, by demonstrating the way we’re thinking as designers and engineers when it comes to delivering tomorrow’s technology. The ACC2’s exposed steel and aluminium surfaces emphasize the feeling of a capable driving machine, while soft, natural materials are used to create a cosy, comfortable feeling."

Jonathan, 32, comes from West Yorkshire in Britain, studied design at Sheffield University and achieved a Masters in Car Design at London’s prestigious Royal College of Art, admits a passion for auto design dating back to his childhood.

"The first drawing I ever did was of a racing car," he says. "I must have been five or six years old. After that I could only ever draw cars, although one of my projects at the Royal Academy involved designing a Kadinsky-inspired helicopter."

The young Volvo designer had already worked for Volvo in the Netherlands, Audi and Ford before joining the Volvo design centre in Gothenburg two years ago. And he’s adamant he doesn’t plan to leave for a good while yet.

"Volvo Cars is a nice company to work for. People think as individuals, yet try to seek consensus, an approach that is very important from a designers’ perspective.

"I love living in Sweden too. There’s a uniqueness about Scandinavia, the contrast of winter and summer, the interplay between dark and light, lake and forest, that just doesn’t exist anywhere else."

Jonathan forcibly rejects any notion that Volvo’s cars might have a slightly dated appeal. "I think Volvo cars stand out in a way none of our competitors do, which I find refreshing as a designer."

He adds: "Volvo’s cars look and perform as they do because they appeal to the senses of a heck of a lot of people. As designers our job is to modernise the cars with each successive step, but in line with Volvo’s values. I honestly don’t feel our values are truly shared by any other carmaker. People, especially in Europe, are recognising their responsibilities on issue such as the environment, and that’s why Volvo is going places."

Auto designers inhabit a creative world increasingly steered by governmental legislation and the need to keep costs down in a fiercely competitive marketplace. How does Jonathan keep the adrenaline flowing?

"It helps that people, consumers, are more design aware than ever before, especially in Europe and the United States. This means they are awake to ideas capable of making their lives simpler, yet more interesting, products with the power to enhance day-to-day living at home or work, making them feel good and at ease.

"The role of design is to push the limits of expectations. What’s fun for me is to design something that I think is cool that other people didn’t know they wanted until they saw it. It’s pretty hot stuff to be able to give someone buying a Volvo an interior surface that he or she thinks is really nice to touch or a space they enjoy being in, for example." 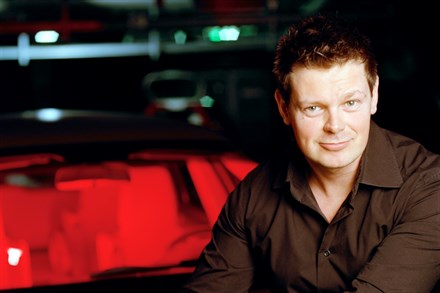