Hybrid A to Z

Alongside its conventional combustion engine - usually a petrol or diesel unit - the hybrid car has electric motors and batteries that help power the vehicle. The hybrid system helps the combustion engine by maximising its efficiency rating. When the car is at a standstill, idling is avoided, thus cutting fuel consumption.

Recovery of braking energy
The energy that is available when the car is moving can be partly recovered during braking. The electric motor serves as a generator, creating electric energy that is stored in the battery for later use when accelerating.

Battery types
Battery technology is undergoing extremely swift development. Previously, the batteries used were of the nickel-metal hydride type but in the most recent hybrid cars and also in the forthcoming models, lithium-ion batteries are fitted, giving longer range and better driving properties.

The more electricity, the higher the cost
Thus far, hybrid technology incurs considerable extra costs. Just how much depends on the variant chosen - the further you want to be able to drive on electric power, the more battery power is needed, which affects the car's cost.

1. Micro hybrid Often called a Micro HEV (Hybrid Electric Vehicle). A start/stop function means the engine switches off when the car is at a standstill and restarts when the driver presses the accelerator. This is possible owing to the installation of a more powerful starter motor (4 kilowatts) compared with the normal 1.4 kW. The battery is a regular 12 volt starter battery. According to NEDC (New European Driving Cycle - the European driving cycle used by all car manufacturers for calculating fuel consumption) carbon dioxide (CO2) emissions are reduced by 4-5 percent compared with a corresponding car without the start/stop function.

2. Medium hybrid (Medium HEV). This variant has a 10-15 kilowatt electric motor and a more powerful battery compared with the micro-hybrid, with an output of about one kilowatt-hour (kWh). Thanks to a generator located by the rear axle, the medium hybrid generates energy when the car brakes, energy that can be subsequently used for acceleration. CO2 reduction according to NEDC is about 10 percent.

3. Full hybrid (Parallel Powersplit HEV). Has an even more powerful electric motor of about 35 kW and a more powerful two kWh battery that allows the energy generated during braking to be stored and utilised even more efficiently. With a full hybrid, it is possible to drive about one kilometre on the electricity that is generated. This variant offers approximately 20 percent carbon dioxide reduction.

4. Plug-in hybrid (PHEV, Parallel Powersplit Plug-in HEV). Same principle as the full hybrid, but with an even more powerful electric motor (50-100 kilowatts) and even more battery power, up to 15 kWh. Can be recharged via a regular wall socket. Can be driven about 50 kilometres on electricity, after which the combustion engine automatically takes over. Here it is possible to achieve a CO2 reduction of around 70 percent.

5. Series hybrid SHEV Series Hybrid Electric Vehicle. More powerful electric motor (100 kW) with a 50 kW generator and more powerful battery (15-20 kWh) than in the plug-in hybrid. Recharged from a regular wall socket and can be driven up to 60 kilometres on electric power. Here it is the electric motor that propels the car while the combustion engine is used only to produce electricity for the batteries when they need to be recharged. The powerful electric motor means it is possible to use a smaller combustion engine, such as a three-cylinder petrol or diesel engine. This hybrid variant too can achieve about 70 percent lower CO2 emissions.

All five variants thus include a conventional combustion engine, so there is never any risk of coming to a standstill at the roadside because battery power has run out.

The step beyond hybrid cars is the dedicated electric car without any combustion engine, the BEV, (Battery Electric Vehicle). This is recharged via a wall socket and runs solely on electricity. With today's technology the range would be 150-200 kilometres (depending on battery size). Carbon dioxide reduction is 100 percent - the car produces no carbon dioxide emissions at all. 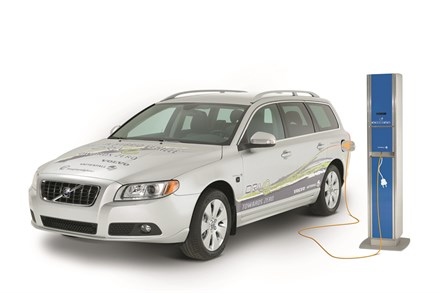 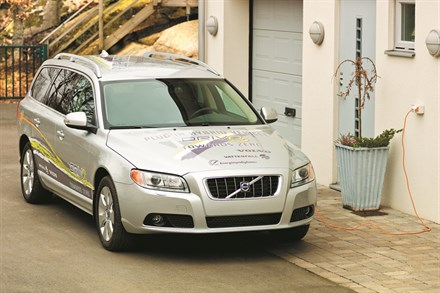 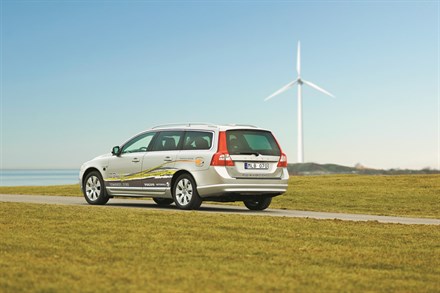