BIOGRAPHY
Hans Nyth became director of the Volvo Car Safety Centre in March 2008.
Prior to his current position he was manager of Body Structures & Exterior Engineering, Ford of Europe, from 2005 to 2008. During his assignment at Ford he was involved in the development of the new Galaxy/S-Max, the Mondeo and the new Transit range as well as various Fiesta and Focus programmes.

Hans Nyth has more than 35 years of experience from Volvo Car and he has held a number of senior Project and Manager positions within Manufacturing Engineering, Body and Painted Body at Research and Development. 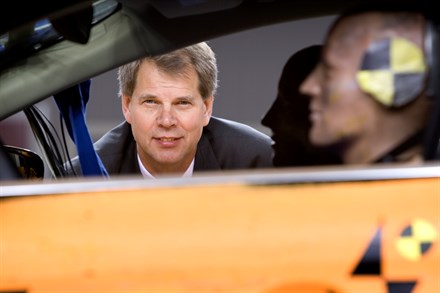