Lightweight materials, alternative fuels, extremely low fuel consumption - key words for the car of today. Yet, these were the very properties that formed the basis for the LCP 2000, Light Component Project.  This was a concept car study aimed at the future and the environment, presented by Volvo Car Corporation (Volvo Cars) in the late spring of 1983, 30 years ago.

The idea for the LCP was born in 1979, partly out of an electric car study which Volvo Cars did in 1976 led by genial engineer Rolf Mellde and partly out of an ultralight small car project called Ellen. The requirements demanded a driveable prototype for a future lightweight car which was extremely fuel efficient, yet at the same time very safe and practically usable by the year 2000. The team, headed by Mellde, was supposed to take advantage of both the new materials and new technologies that existed and those that were under development. LCP had to accommodate a minimum of two people, have a maximum weight of 700 kgs and a maximum fuel consumption below 4 litres per 100 km. Virtually an unrealistic combination in 1979.

Four cars were built - all of them with minor technical differences - and they were shown for the first time at an environmental seminar in Stockholm during the late spring of 1983. LCP2000 looked like a car, but different; a wedge shaped two-door hatchback with an upright rear end and a plastic tailgate that also served as an entrance door into the rear seat. This was rearward-facing for safety and space purposes.  And yes, there was also room for luggage. If you look closely at the LCP today, you will recognise some design features of the Volvo 480 which was introduced three years later.

The LCP cars were equipped with specially designed transverse turbodiesel engines of two types. Both types were three cylinder engines but one was a 1.3 litre 50 hp lightweight magnesium engine, whereas the other was a cast-iron  1.4 litre 90 hp engine, heat-insulated without a cooling jacket in the cylinder head and using the engine oil as coolant instead. It ran on any oil fuel, like rape seed oil, which gave the car a nice smell of fish & chips when it drove past. All LCPs had front-wheel drive, and either a five-speed manual transmission or an electronically controlled CVT.

Different types of plastic, magnesium and aluminium were extensively used throughout the design, both from a weight perspective and for recycling reasons and future availability. A small sensation was the use of carbon fibre for the door frames, then a completely new and untried material.

The market, however, was not yet ready for an environmental car in 1983. Conventional cars still dominated and power and performance were the key words of the day. LCP2000 created a lot of interest as a concept study and idea project.  Studies of the total energy consumption of the LCP - the life cycle from raw material through production and service life to eventual scrapping - were later to form the basis for Volvo Cars' environmental strategy EPS and the subsequent environmental declaration of new cars, the EPI, that followed in 1998.

Today the LCP 2000 is on display in the Volvo Museum and is still as interesting as it was 30 years ago, maybe even more so today than back then. It bears witness to a forward-looking innovative and creative ‘outside-the-box' way of thinking that characterises Volvo Cars and that can be found, in further developed form, in the Volvo  cars of today.

Descriptions and facts in this press material relate to Volvo Cars' international car range. Described features might be optional. Vehicle specifications may vary from one country to another and may be altered without prior notification.
Related Images
Jun 03, 2013 ID: 49263 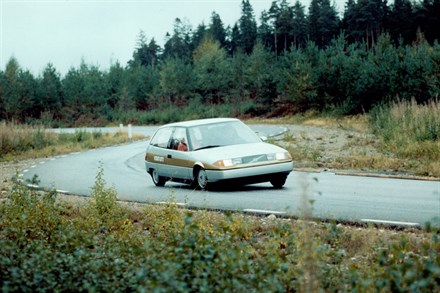 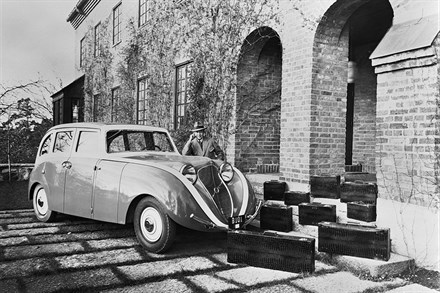