People the soul of Volvo Cars

The company’s Swedish heritage, empathy between its employees, mutual respect for each other and for the environment, and Tania, who monitors painting quality at the Volvo Cars plant in Ghent – all are examples of Volvo’s unique soul, which has been kept alive by successive generations of company employees. And is clearly reflected in the cars.

One guardian of the Volvo soul is Sven De Smet of Volvo Cars, who joined the company in 1997 and is now responsible for its brand strategy. A native of Flanders, Sven lists a number of ‘Swedish’ characteristics which he believes represent the Volvo soul.
He uses words like ‘empathy’, meaning that Volvo has the capacity to care for its customers because its employees empathise with each other.

“It is the people who are the soul,” he maintains. “If somebody believes that the company’s soul is absent, he himself is the problem. Because who else but Volvo people can take care its soul?” he asks rhetorically.
He describes the company’s soul in religious terms, a timeless spirit residing in a ‘body’ – in this case, the brand.
“We are born with a soul and it lives on when we die. Volvo did not die with Assar Gabrielsson and Gustaf Larson. Their ideas are still alive, carried on by the company’s employees.”

Part of a new family
“The soul will survive as long as people fight for their brand or their culture. Until recently, we had the other Volvo Group companies as allies in this fight. Now, however, Volvo Cars is part of Ford – our new family. This affects our soul and some people are opposed to the change. But I’m not worried.”

He goes on to deal with the Swedish aspect, of which Volvo is such a distinct part, and in which security and safety are so important. In this context, the slogan Volvo for life seems particularly apt:
“A Volvo is always there for you,” he says, sounding a little like an advertisement. “Volvo is like a guide dog – reliable, trustworthy, warm and concerned, proactive, attractive, natural and aggressively defensive. In short, the perfect companion.
“A Volvo gives you your freedom,” says Sven De Smet. “This is a new aspect of the soul. Before this, we were like an insurance company – we were there if an accident happened. Now, we have added the aspect of concern – one of the functions of the brand is to give you freedom. Freedom from injury, freedom from problems of loading, and so on. The Volvo owner also knows that the design engineers have done their utmost to develop a car with the lowest possible environmental impact.”

Freeing the individual
“Volvo is there to help you to live life, not just to survive. This brings us back to our soul, our heritage. Our founders spoke of safety as a means of setting individuals free. So that they could get more out of life.”

Sven describes the soul as an organic entity, which does not change over a few short years, but is in a constant state of development. In addition to his exposition of the car’s contribution to personal freedom and minimum environmental impact, he takes the opportunity of commenting on the Volvo (and the Swedish) approach to interaction, which enables anybody, at any time, to speak his or her mind directly to any member of management.
“Without getting fired,” he smiles. “In Sweden – and equally at Volvo – you are free to say your piece. We at Volvo have a management/employee relationship which is vital to the continued existence of our soul – ‘You are Volvo – Volvo is you’. The company’s dedicated workforce is Volvo. This gives the cars the same ‘soul’.”

Like raising your own children
Sven De Smet’s words of wisdom are illustrated by one of the 28,000 employees of Volvo Cars. She is Tania De Meyer, who works in the paint shop at the company’s production plant in the Belgian city of Ghent:

“My job is to inspect painting quality,” she says. “This calls for a great deal of experience and concentration – it’s a demanding, but important job. The quality of Volvo paintwork is legendary and the percentage of cars which is approved immediately in the paint shop is high. Nevertheless, every body must be inspected thoroughly in a specially designed light tunnel. After that, any minor defect can be rectified.”

She tells us that although she has a fantastic husband and two wonderful children, she does not want to give up working at the plant:
“What I like about Volvo – although it’s a big company – is its family feeling. Every work team is a tight unit and it’s a pleasure to work with people that you get on with. We know our bosses well and are on first-name terms with them, which is not usual in Belgium. We also have a high degree of responsibility for our own work and that’s stimulating,” believes Tania De Meyer.

“I often compare my job at Volvo with the challenge of raising my own kids – you have to give them enough space to learn to make their own decisions – but always in the knowledge that they have the support of their parents. I know that Volvo treats its employees the same way – not by controlling them, but by providing constructive leadership, support and respect for the individual.”

“Volvo feels like a family that treats its employees the way I try to raise my children,” says Tania De Meyer, who works at the Volvo Cars plant in Ghent, Belgium.

To Sven De Smet, the man responsible for the Volvo brand, the company’s soul derives from its Swedish heritage.

AB Volvo commenced the manufacture of cars in Göteborg in 1927. The operation was soon complemented by the production of trucks and buses, and was later expanded to include marine, aircraft and stationary engines. In 1999, Volvo Car Corporation was sold to Ford Motor Company and has since been a wholly-owned subsidiary of Ford. Since the acquisition, the Volvo brand has been vested in a holding company owned jointly by AB Volvo and Ford Motor Co.

Keywords:
Corporate, Manufacturing
Descriptions and facts in this press material relate to Volvo Cars' international car range. Described features might be optional. Vehicle specifications may vary from one country to another and may be altered without prior notification.
Media Contacts
Related Images
Jan 13, 2004 ID: 8206 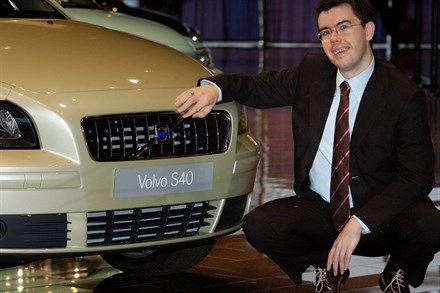 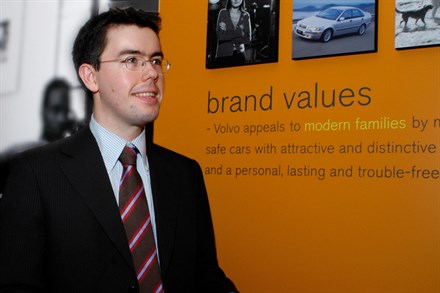