Loves everything on wheels

Doug Frasher was keen on an SUV but couldn’t find one he really liked.
So he drew one for himself.
The result: the Volvo XC90.

“In my mind, I saw Arnold Schwarzenegger versus James Bond – a masculine yet sophisticated vehicle,” he explains.
There’s little doubt that Volvo had found the ultimate designer for its first-ever SUV.  Doug Frasher has worked with wind-tunnel testing for NASA and knows a thing or two about aerodynamics.
And he had already penned a Volvo design previously: the Volvo S80.
“Creating the first-ever model in a new segment is an immense thrill,” says Doug Frasher.
When he started sketching out the lines of the new car, his brief was that from the technical viewpoint, the new SUV would be built along the lines of the S80 and that it would have seven seats. Everything else was entirely up to him.
Doug Frasher knew where he wanted to head.
“I felt that many of the SUVs on the market were rather too feminine in their appearance. I didn’t find them the least bit appealing. I wanted something I could be proud of and show my motorcycling friends,” explains the car designer who spends his free time skydiving and hang-gliding.
Volvo bought his reasoning.
In early 1999, Doug Frasher’s proposal with the kidney-shaped body sides had beaten nine other designs to pole position and he was given the task of heading the new project.
For Doug, who at the time worked at VMCC (Volvo Monitoring Concept Center) – the Volvo Car Corporation’s design facility in Camarillo in California – this meant moving to Göteborg.
He was a bit doubtful at first.
“We had twins who were just a couple of years old. But once we had made up our minds the decision felt right. We arrived in Göteborg in the summer when the weather was simply wonderful.”
The pace was fast. The car had to get onto the market.
“I normally like a fast pace. I’ve seen projects where generous time allowance has led to a loss of focus, concentration and motivation.
“But when I was at the design studio in Göteborg, I really felt the stress. It was the middle of the summer, everyone was on vacation and I was working alone in front of my computer. I had to deal with the design of the car’s front.”
The brief was to have a short front, but without compromising on Volvo’s legendary safety standards.
“When I see the car out on the road, I’m really proud of the result. It’s really cool to see a Volvo XC90 and S80 side by side on the motorway – especially if they are both clean, smartly turned out and have the ‘right’ colour.”

Ever since he was a young child, Doug Frasher always loved anything on wheels. He had a burning interest in engines from back home.
“I was really lucky to have a father who liked motorcycles and who felt it was OK for his ten-year old son to ride a Suzuki 120 cc bike. When I turned twelve, I was given a 1968 Huskvarna. I still have that bike.”
But he has never competed on two wheels.
“I’ve never enjoyed competition,” he explains.
And yet he competes as a designer?
“I regard that as the toughest part of the job. Yet at the same time, I have to admit that if I do ever compete, I really want to win!”
Car design was by no means Doug Frasher’s prime calling in life. He graduated in industrial design and worked first for NASA. But one of the design school’s teachers, Geza Loczi, who was also head of design at VMCC in Camarillo, persuaded him to join the Swedish auto maker.
And today Doug Frasher divides his enthusiasm between Volvo, engines in general and his clear vision of where the company should head in the future. The holistic approach is something that he often emphasises in his discussions.
“We must grasp and control the relationship between the driving experience and the rest of the car. Quite simply, the vehicle must say to the driver ‘Come on! Drive me! I can handle it – don’t worry!’”
When it comes to future design directions, he’s not equally certain.
“From the design viewpoint, we have to ask ourselves if the time is right for another bold new step forward. I personally believe that the next generation of Volvo cars will bear strong links to today’s design language.”
So what exactly is the key to successful car design?
Doug Frasher laughs:
“Getting people to buy the products once they are built.”
With that crystal-clear definition, there’s little doubt that Doug Frasher knows what he is talking about.

Keywords:
S80 (2007), XC90 (2002-2014), Design
Descriptions and facts in this press material relate to Volvo Cars' international car range. Described features might be optional. Vehicle specifications may vary from one country to another and may be altered without prior notification.
Media Contacts
Related Images
Nov 04, 2003 ID: 8096 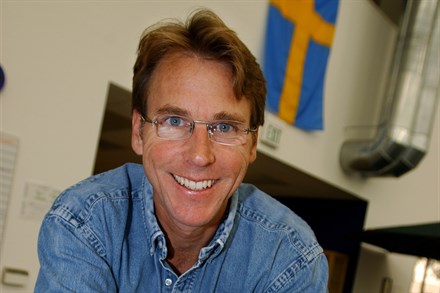 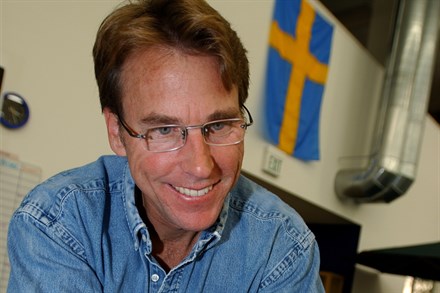