Geza Loczi’s first passion was for horses.
And it served as a source of inspiration when he created the Volvo S60.
“People used to choose a horse to suit their lifestyle. Today they apply the same process in their choice of car,” he comments.

The head of design at the Volvo Monitoring Concept Center (VMCC) in Camarillo, California, has spent much of his adult life in auto design. And he still talks about his job with immense pride.
“The fact that someone can earn a living by creating art is actually quite amazing,” he remarks.
Geza Loczi’s enthusiasm may stem from the fact that he took rather a crooked path to the pinnacle of the car design profession.
He was just nine or ten years old when he started drawing cars. Two years later, he began carving model cars and painting them.
But when it came down to it, the avid diving enthusiast from Indiana had his heart set on becoming a cowboy.
“I’ve always loved horses. When I turned 18, I moved to Arizona. I learned to ride and have loved riding ever since.”

Perfect timing
He soon realised, however, that he needed formal qualifications to make headway in life so he enrolled at the renowned Pasadena Art Center College of Design in California.
From there he made his way first to GM (General Motors) and then to VW (Volkswagen) in Detroit. However, when VW decided to terminate its operations there, Geza Loczi lost interest.
“I was on my way to Arizona to paint when I received an offer to move to Sweden and work as a design consultant for a year,” he recalls.
The offer could not have come at a better time.
“We had just sold our house. Our daughters were aged 11 and 12 and our son was five year sold. We all packed and moved to Sweden. It was the turning-point of our lives.”
Geza Loczi has been at VMCC ever since the design studio was inaugurated at the end of the 1980s. Over a ten-year period, he also found the time to teach design students once a week at the school at which he started his career.
“It was my way of giving something back,” he says.
However, he was forced to give up teaching in 1995. That was when the Volvo S60 design proposal that he had submitted the year before was accepted by Volvo’s executive management. So he was soon on his way back to Europe.

Several people in a team
“I stayed there until the end of 1997, when we had reached the ‘frozen design’ stage,” says Geza Loczi.
Nobody can ever accuse him of trying to steal all the limelight for his achievements. He talks all the time about ‘we’, he emphasises team spirit.
“There’s never just one person behind a car model. We are always several people in a team who help each other to flesh out an emerging idea before it matures into the finished product,” he explains.
However, Geza Loczi does have decided ideas when it comes to car design:
“Proportion is 90 percent of the job. If you don’t have smooth harmony between the engineers’ solutions and the dimensions that clothe those engineering features, you don’t have a car.
“Incorrect proportions can never be patched up to create a good result. It would be like taking Woody Allen’s skeleton and trying to drape Raquel Welch’s figure over it.”
Geza Loczi points out that he is stimulated by ideas wherever he happens to be, but he steadfastly refuses to take his work home with him.
“Design is about solving problems. In order to do so, you have to take time off – to allow yourself to absorb what has to be done and how best to do it. During the day, I am Volvo. The evenings and weekends are my own. Every Friday, my wife and I go out on a date.”
Geza Loczi is equally disciplined in other areas.
He starts off every morning with an hour-long ride on his mountain-bike. He gets to work on a motorcycle.
Any spare time he has is spent renovating an old English sportscar, a 1979 MG.
“That’s my black hole. I replace bits and pieces as and when I can afford the parts,” he explains.
Doesn’t that lead to friction at home?
Geza Loczi laughs.
“My wife feels it’s far better for me to lavish money on this middle-aged four-wheeled maid than on a real live girlfriend!”

Keywords:
Old S60, Design
Descriptions and facts in this press material relate to Volvo Cars' international car range. Described features might be optional. Vehicle specifications may vary from one country to another and may be altered without prior notification.
Media Contacts
Related Images
May 08, 2003 ID: 7894 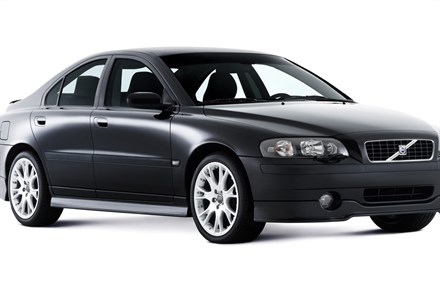 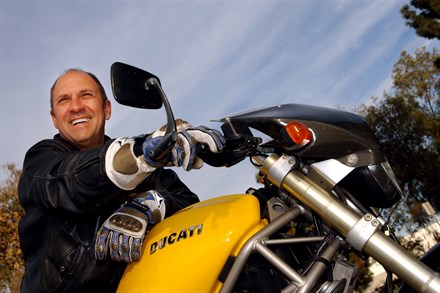