The Volvo V70 is still his baby

A dedicated windsurfer, sailor and skier.
Örjan Sterner’s interests reflect the design of the Volvo V70.
“If I’d done it today, I’d have made it even sportier,” he says.
It was in early 2000 that Örjan Sterner finished working on the model that would replace the Volvo 855 (Volvo V70).
His gaze still lingers every time he sees a V70 out on the roads.
“In the beginning, it felt very special. Now I’ve gotten used to it. But I still look closely at what wheels are fitted, if something is out of the ordinary or if the car has the wrong colour. I expect I’m a bit of a hopeless case in that respect,” he comments, laughing.
Bearing in mind that he has given more than three years of his professional life to this model, it’s quite easy to see why. The V70 is still his baby.
Örjan Sterner fathered its design back in 1997.
At Volvo Cars in Göteborg, he had already produced about 30 sketches of the forthcoming car and beaten nine other colleagues in the battle for the winning design.
“It was an enormous personal victory. It also represented a major step forward for my career – I am after all relatively young.”
Örjan Sterner’s idea was put into production. Bit by bit, one panel at a time, the car evolved before his very eyes.
“I was involved in absolutely everything up to the car’s launch. It was an enormously educational process. For a designer, however, that’s not always a positive thing.
“That’s because the more you know about the difficulties involved, the greater the risk that you will self-impose limitations the next time you design a new model. It’s important to harness your experiences in the best way.”

Design captured his interest in the US
Örjan Sterner took his experiences with him to the USA. Since autumn 2001, he has been working from Volvo’s American design studio, the Volvo Monitoring Concept Center (VMCC) in Camarillo.
“I might well have come here earlier if it hadn’t been for the V70. I have always wanted to get out a bit,” he reflects.
Having said that, he’s never wanted to work anywhere other than at Volvo Cars. He first came into contact with the company while he was still at high school. A teacher saw his car sketches and fixed things so this son of a mathematics teacher and an architect got the opportunity to spend his school job-experience session with the Swedish car manufacturer.
“And after that, I knew exactly what I wanted to do,” he asserts.
But it was design, not engines, that captured his interest.
“I’ve never really been a car freak. However, like most guys, I’ve always been interested in cars. I spent a year as an exchange student in Michigan in 1985, and the host family I was staying with were avid drag-racers. We travelled around with a racing-car on a trailer and that is when I got some real in-depth insight into how an engine works.”
Örjan Sterner says that he still enjoys pulling things apart to see how they work. Nowadays, however, he doesn’t have an awful lot of time for this kind of thing – or even for his favourite sports.
His daughter Noa, aged 2, who was born just before Örjan Sterner and his wife Åsa moved to the USA, takes up most of his spare time.
But the car designer who will soon become a father for the second time isn’t complaining.
“We live right by the sea. So now we take long walks along the beach or build sand-castles together with Noa.”
They spend their summer vacations on board their sailing boat on the Swedish west coast.
“That’s my true safety valve. I work more than I should, really. When I touch the deck of my boat, it’s like my entire body breathes a sigh of relief.”
Whether because it’s difficult to unwind completely or because of a natural burning interest, sometimes the creative instinct grabs him while he is away from the office, enjoying his free time.
“That’s when we sit together and build model boats out of Styrofoam,” he says.
But there’s not much time for that right now. Örjan Sterner is one of three designers engaged in the development of a new Volvo model.
“From the design viewpoint, I don’t think the industry is set for any major changes. Customers don’t want larger cars. I believe Volvo will continue in line with its existing design language,” adds Örjan Sterner.
So the V70 continues doing well and is all set to continue its success.

Keywords:
V70 (2007), Design
Descriptions and facts in this press material relate to Volvo Cars' international car range. Described features might be optional. Vehicle specifications may vary from one country to another and may be altered without prior notification.
To view the full copyright information click here
Media Contacts
Related Images
Nov 04, 2003 ID: 8094 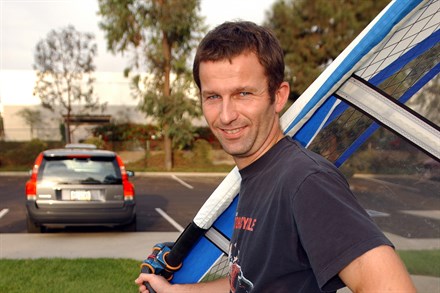 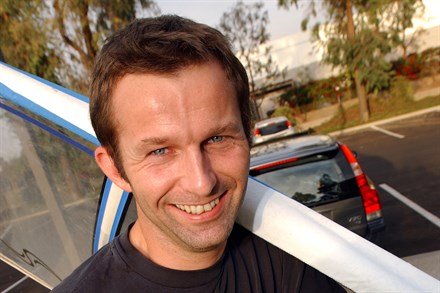 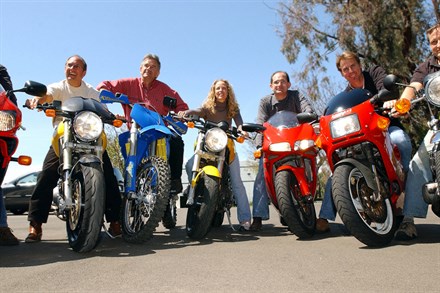