How to design a car on a computer!

Stefan Jansson, a designer at the Volvo Monitoring and Concept Center, Camarillo, California, describes how the shape of the Volvo SCC was created, with the aid of computers. He was the responsible exterior designer for that project.

There were several months of work before the actual design work could commence. Early on, Doug Frasher, who was responsible for the design of the whole project, helped to determine the basic proportions, together with our chief designer, Peter Horbury, and our engineering staff.

Designing and building the car in the computer is today’s topic, but first I want to emphasise the importance of the sketches. Nothing beats the inspirational feel of a pencil touching the paper in the early conceptual phase. This is still the best way to define the initial flavour of the car.

Nowadays, you can actually also do these sketches on the computer, using a program called Studiopaint. The advantage is that the sketches can be modified in proportions and details without having to redraw them from the start. They can also very easily be made as a package and with the correct proportions. There were four designers who set out to design our own proposals. We always make sure that each designer does his or her best to give the car a complete feel and message.

As I mentioned before, Doug started this communication really early and that helped us to get the basic dimensions and proportions. Building the car totally in the computer gives us some special advantages. One example was that, in this project, the vision lines were very important to us. We put the hood line right on the vision line and did not lose one millimetre of vision or visual impact for the car. With this process, we worked with zero tolerances.

I would say that, in any design project, very close collaboration with the engineers is one of the most important factors for success. This is less crucial in a concept car project, but it is nevertheless important. You have to have this communication throughout the project, from the first day to the last.

After the initial design direction had been decided, we spent one to two weeks building our different proposals in Alias using the basic layout package model that had been established together with our studio engineers. Alias is a great tool for realising the shapes the different designers had in mind for
the SCC.

At the end of this session, we had a review with Peter Horbury in which he decided to develop my proposal with a change of the side profile. He liked the double sweep Doug Frasher had in his shoulder line and the overall proportions of greenhouse to body that could be seen on Geza Loczi’s proposal. Since we had all made our cars in Alias, I could quite quickly import those parts from Geza’s and Doug’s computers and see if Peter Horbury’s vision could be realised.

Peter was happy about the potential of this car and I set out to design the car around these proportional parameters. This is a great advantage compared with the traditional clay model process where such an exercise would be impossible. The time we saved here was enormous.

To make the reference model work as a whole, I had to start from the beginning and build a new design model. On the other hand, the reference model helped me to get this going quickly and start refining highlights and volume transitions at an early stage. If you keep the basic build of the model, including the curves, you can delete every single surface and rebuild the big picture in a few hours and, with some detail, days.

What takes time when building an Alias model is not the actual time it takes to build, but the time it takes to analyse. When you look at what you have done and determine how to improve the form and move forward. During the project, I have rebuilt the whole Alias model 30 times or more. This is again something that would be very time consuming, if not impossible, in the clay modelling process

If you are designing a car in the traditional way by building a clay model with modellers, you have one extra loop for interpretation when you try to describe what you want to achieve. You have to describe for a second person what your vision is and define it through clear directions on how to treat the volumes and transitions.

The key to our success at Volvo is that we, the designers, build our own Alias models. This means that you are in total control of the design process without risking interpretation problems.

As I touched upon earlier, the most difficult part is not building the car in Alias, it is the process of verifying what you are building and ensuring that it will come out the way you want. This goes not only for the actual look of the car but also for the function.

We felt we needed to evaluate our new innovative A-pillars, so we knew for sure that they actually worked in line with our safety standards. We knew they had to be tested as a physical part and preferably in a real-life situation in the street. We constructed an A-pillar in our SLA (Stereo Lithography) machine and mounted it on a rented jeep. You can quite easily remove the whole A-pillar and windscreen on that car.

This physical A-pillar was a very easy part to build, since we had developed the shapes in the computer. I had made the exterior surfaces in Alias, while an engineer had developed the inner surfaces in his Catia program. We were sitting just five metres from each other so we could do the work simultaneously. Then we easily created the SLA model from that. Again, if we had asked the modelling staff to create that part from sketches and technical drawings, it would have taken weeks and would never have been as exact as the fraction of a millimetre precision that the SLA machine offers.

For the form evaluation, we decided to make a scale model of the whole exterior in a scale of 1:12. We had a tight time schedule from the start, so that was all we had time for. But it did help us immensely. Just being able to walk around it instead of turning it on the computer made me discover new things that I felt I had to rectify. Once you have seen the problems in real life, you will see them in the Alias model as well. It is all there. You just need a little push to discover it.

One of the last things we did before we went ahead and released the final design was to mill a full-size solid styrofoam model. It served the same purpose as the SLA model, but, as you all know, you can’t beat full size for correct analysis.

During the physical development phase, I kept developing the shape and details. I also built the door handles, door mirrors, plenum area, wiper blades, rear grab handle, tail-lamps and headlamps, including all the internals.

With the headlamps, I worked together with our supplier Hella to develop the shape and optics you can see on the car. One important factor when it comes to detail development in the computer is size. It is very easy to fool yourself and not get the size impression right. You can zoom in so it looks huge and you can zoom out until it looks like a toy. But if you just simply make an image and print it out full scale, you will have an idea of the size. This will minimise the surprises when you start manufacturing the parts. This is a typical learning experience with Alias.

If you have done a good job in the computer, you should almost be able to just sit back and see how it is all put together in front of you. That never happens, but it was very close. There was only one area in the whole exterior, low down on the rear bumper, which needed some hand finishing. I had made an evaluation of the design on the computer so thoroughly that most things I ran into during the building phase were quite minimal. I just had to make sure that they painted the right colour on the right part and so on. My main task was to be there in case something did come up.

Keywords:
Safety, Design
Descriptions and facts in this press material relate to Volvo Cars' international car range. Described features might be optional. Vehicle specifications may vary from one country to another and may be altered without prior notification.
Media Contacts
Related Images
Sep 05, 2001 ID: 6963 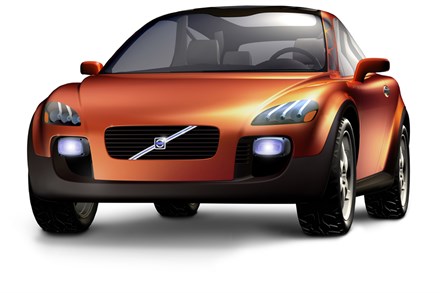 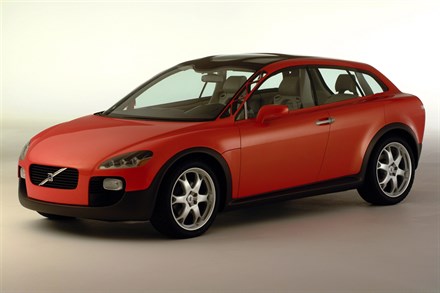